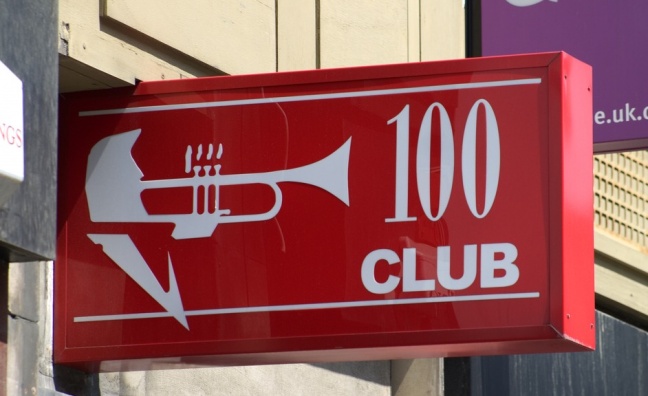 The 100 Club has been granted special status, as part of a move by Westminster City Council to protect venues in Soho.

The iconic London venue, which has staged performances by bands including The Rolling Stones, Oasis and The Sex Pistols, is set to benefit from business rates relief under plans put forward by Westminster City Council.

The move coincides with a business rates cut for grassroots venues across the country, though The 100 Club will receive a more significant reduction under the council’s plans.

The council’s decision will allow the 78-year-old venue to benefit from an NNDR Localism Relief. It is the first ever live music venue to be supported by fthis measure and comes following discussions with London’s Night Czar Amy Lamé about backing grassroots music venues in the city.

Under the plans, music venues in Westminster that meet the various criteria can benefit from up to 100% business rates relief. Their prime purpose must be as a grassroots music venue and the organisation occupying the property must be not for profit.

Cllr Timothy Barnes, lead member for Soho, said: “The names of the bands who have graced the stage of The 100 Club read like a who’s who of showbiz – from Paul McCartney and Paul Weller to the latest acts like A$AP Ferg. Even the Gallagher brothers agreed to get on for the night when they played here.

“This latest action from Westminster City Council means the show will go on at this iconic venue. Business rates relief may not seem very rock ‘n’ roll, but – as the Rolling Stones might have said when they played at the club – it will mean satisfaction to a generation of music fans.”

The 100 Club was granted status as a Community Interest Company (CIC) in September, recognising it as a not for profit social enterprise for the public good. The business rates relief would help the club secure its financial position, saving it around £76,000 a year.

Jeff Horton, owner of The 100 Club, said: “I’m thrilled the 100 Club has been granted this new business rates relief. It means we can continue to support the careers of the hundreds of artists who take to our stage each year.

“This is a game-changing approach from a local authority in supporting grassroots music venues. I’m grateful to Westminster Council and for the continued support of the Mayor of London and the Night Czar. I hope that other local authorities will adopt a similar forward thinking approach to support the music industry.”

Lamé said: “The 100 Club is an important part of London’s music history, providing a stage for up-and-coming and world- renowned acts for more than 75 years.

“Grassroots music venues play a key role in London’s thriving nightlife and that is why we’ve worked closely with The 100 Club and Westminster City Council to secure its future. This is the first time that special status has been awarded to a grassroots music venue and it is a great example of what can be done to support venues in our city.

“I urge other local authorities to work with us to support venues in their boroughs and help boost London’s vibrant nightlife.”