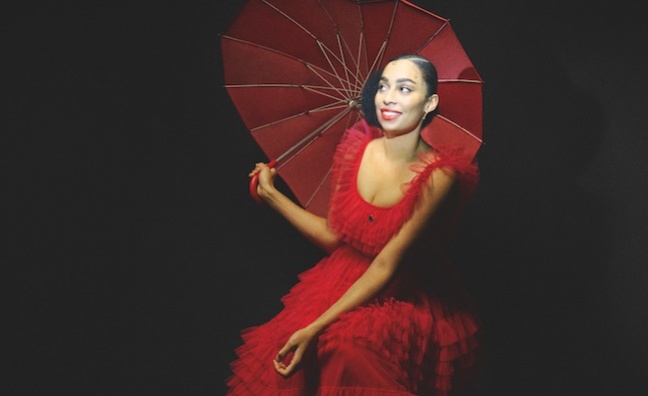 Waitrose and John Lewis have unveiled this year’s Christmas advertising campaign, which has inspired by the kindness shown by the British public during the pandemic.

While the campaign has previously focused on John Lewis, the retailers have produced two new joint adverts with a song by Polydor-signed Celeste.

For the first time, a new song was commissioned for the retailers’ Christmas campaign.  A Little Love was written and recorded by Celeste, this year’s BRITs Rising Star and winner of BBC Music’s Sound of 2020.

Celeste said: “I felt honoured to be asked to take part. I wanted to create something that felt classic but still true to who I am as a writer and performer.”

The adverts - which went live on social media channels at 7am this morning - will first be broadcast on TV tomorrow evening during The Voice on ITV.

The story of the Give A Little Love campaign was created by advertising agency adam&eveDDB. The two-minute ad is designed to inspire the nation to give a little love to those around them, while a complementary 30-second ad carries a direct call to support two charities.

The advert is a celebration of different forms of moving art – from animation and claymation to CGI and cinematography. It is made up of nine different vignettes created by eight different artists, including Chris Hopewell, who has created music videos for Radiohead and Franz Ferdinand, and French animator Sylvain Chomet.

Pippa Wicks, executive director of John Lewis, said: “We recently set out our ambition for our business to be a force for good - so we decided that this year was the year to break the mould and do something different. We have a long tradition of helping support the communities which we serve, so as we launch one of the best loved assets, our Christmas ad, it’s fitting to take this one step further by working hand in hand with two incredible charities supporting families in need.

“We were humbled by the kindness shown by the British public during the pandemic. We want this campaign to be uplifting and to inspire everyone to give some kindness in their own way this Christmas, especially to those who need it most. The pandemic has proved that it’s our small acts of love and kindness, particularly in challenging times, that captures what it is to be human; and when one small act of kindness multiplies it can have a lasting impact.”

John Lewis and Waitrose are aiming to raise £4 million for two charities: FareShare, which helps those facing food poverty and Home-Start, which works with parents who need support. A further £1m will also be donated to charities who support families in their local communities

Every time the track is downloaded, Celeste and her record label Polydor will make a 10p donation to the campaign.