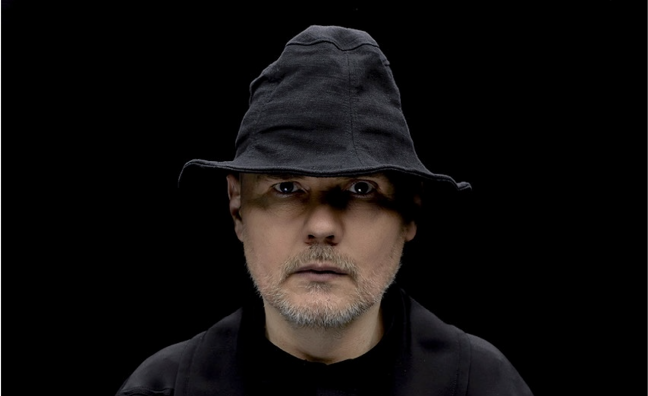 Warner Chappell Music has revealed that it has renewed its exclusive worldwide administration deal with William Patrick Corgan.

An official press release stated that the agreement covers, “Corgan’s full catalogue of music and future material – including his work as the Smashing Pumpkin’s frontman and primary songwriter”.

The deal encompasses the Grammy-winning Bullet With Butterfly Wings and The End Is the Beginning Is the End, along with Today, 1979, Zero, Stand Inside Your Love, and others.

Speaking about the deal in a joint statement, Warner Chappell Music co-chair and CEO, Guy Moot, and co-chair and COO, Carianne Marshall, said: “William has always gone against the grain to create his distinctive and unique sound. His music is wildly captivating and consistently pushes the boundaries of what’s possible. He’s a true creative genius, and we’re so excited to continue to partner with him and support his incredible work.”

Outside of his career with the Smashing Pumpkins, Corgan has also recorded four solo albums and amassed a long list of syncs. Notably, Apple recently licensed the Smashing Pumpkins song, We Only Come Out at Night for an iPhone commercial about its new Night Mode’ feature.

He is currently working on a Smashing Pumpkins concept album comprised of 33 songs, which will serve as a sequel to the Melon Collie and the Infinite Sadness and Machina albums.

William Patrick Corgan said: “I'm pleased and honored to be among the greats who make up the great tradition and legacy of Warner Chappell. To even stand in the shadow of the great Harry Warren, who one could argue helped build this rich company from its inception, is all I needed to know.”

Warner Chappell Music SVP of A&R, Greg Sowders, added: “William’s musical contributions in the early 1990s laid the groundwork for the explosive grunge era that followed. As one of alternative rock’s greatest legends, his wide-reaching influences have persevered for more than three decades. We’re extremely proud to be on this journey with him and look forward to collaborating on exciting new projects and Smashing Pumpkins releases.”