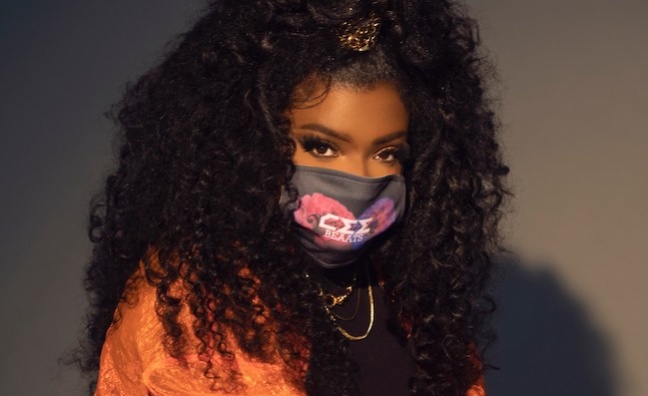 CeeBeaats is one of the few female producers in the UK hip-hop scene and, at just 18 years old, she’s making a name for herself thanks to her work with artists and producers such as AJ Tracey, Digga D, JB Made It (Drake, Headie One), Miss La Familia, ReLyt (S1mba), Tiffany Calver and TSB.

She co-produced Digga D’s smash hit Woi, which has been viewed more than 18 million times on YouTube and accumulated more than 40 million streams on Spotify. The track received numerous award nominations, including MOBO’s Song Of The Year, and was 2020’s biggest-selling drill song.

CeeBeaats said: “Warner Chappell has a strong female leadership team and I’ve really connected with Shani [Gonzales], Amber [Davis] and Darryl [Parkinson]. I’m a fan of a lot of songwriters on their roster and I’m looking forward to working with many of them in the near future.”

Amber Davis, head of A&R, Warner Chappell Music UK, said: “CeeBeaats is an incredibly important figure in the UK scene. She’s paving the way for female producers and, even at a young age, serves as an inspiration to women looking to make their mark in the industry.”

CeeBeaats hails from Redbridge in London. Her mother performed backing vocals for the likes of Mariah Carey, Gloria Gaynor, Florence And The Machine and many more.

In 2020 she was included on GUAP magazine’s 30 under 30 Black Creatives and Professionals list. She recently produced a track for Ellesse’s Spring/Summer ad campaign.