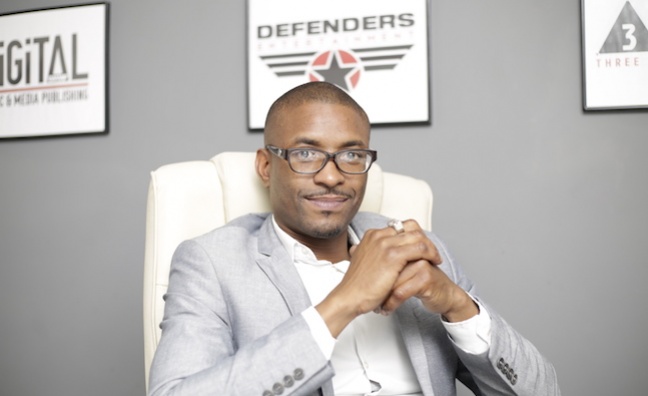 Launched in Brixton, Defenders Ent has focused on releasing music from the next generation of UK underground talent.

As well as 20 years in business, founder and label president Corey Johnson is also celebrating the fifth anniversary of Defenders Ent’s biggest global success. The label’s 2009 single Do You Mind by Kyla was sampled for Drake’s 2016 single One Dance (Island/Republic), which credited Kyla as a featured artist alongside Wizkid.

One Dance is the joint-second longest consecutive No.1 in the UK and has sales to date of 3,339,953, according to the Official Charts Company.

As he was the original publisher, co-writer and producer of Do You Mind, the global success of One Dance enabled Corey Johnson to invest more time and money in new talent and to help the music industry.

“Blessings always to Drake and the Ovo team, and also to the current crop of UK go-getters breaking barriers worldwide, including JB Made It, Ghosty, Hargo and Finesse Foreva,” said Johnson. “It’s an exciting time to be a British talent setting world trends!”

However, the success of the single was overshadowed at the time by the death of Johnson’s younger sister, which left him sidelined from any promotional work.

“Life was bliss but I was heartbroken at the same time,” he said. “There was a whole new world I had to navigate whilst being in a bad place – it was next to impossible.”

Defenders Ent are best known in recent years for championing burgeoning UK drill talent, in addition to the label’s legacy as a champion of the UK Funky scene (including the Crazy Cousinz remix of Do You Mind).

Defenders Ent’s own studios, The Digital Holdings, continue to be a go-to hub for rising stars. Its history of recording artists includes Headie One, SL, Stylo G and AJ & Deno.

The studio has become established as a safe space for artists from across London’s different boroughs to create and record in safety, with many dubbing it ‘Switzerland’ due to its impartial presence in the UK rap community.