'We always back our gut instinct': UMPG boss Mike McCormack on the fine art of publishing A&R 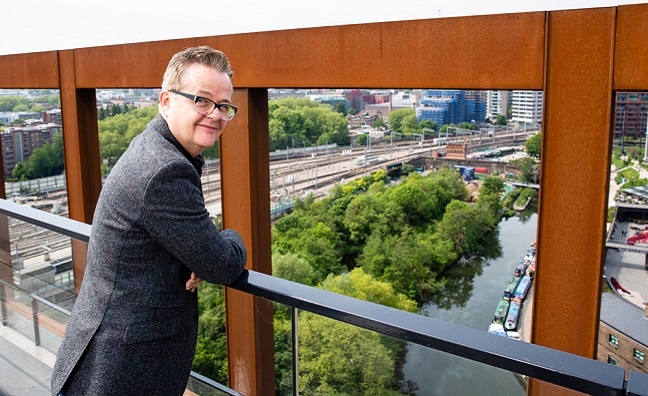 Mike McCormack is a publisher on a roll.

Since returning to the company as MD in 2016, McCormack has transformed the publisher’s operations, making varied signings from Alfie Templeman to Dido, and Hrvy to You Me At Six. He’s also boosted the company’s film composer roster, signed JVs with the likes of Tap Management and brought their systems bang up to date.

But old school A&R remains at the heart of everything McCormack and UMPG do. So, as McCormack stars on the cover of this week’s print edition of Music Week, the veteran publisher sat down with us to talk the art of hitmaker development…

UMPG has always been a very A&R-driven company…

“And that won’t change. And that’s a global message as well as a local one here. With Jody [Gerson, UMPG chairman/CEO] running the company, she is A&R first and foremost. And the thing that excited me when we first sat down and chatted was she said, ‘I want us to be the best company creatively in the world’. That was music to my ears because that’s what I always thought we did here, so all we really needed to do was tweak it, broaden out the signings we were making and still keep on doing as well as we had done with those slightly left-of-centre artists who come into the mainstream eventually.”

Your recent signings cover a lot of bases…

“And I could add Alexis Ffrench a classical artist, Dan Sells who’s doing musical theatre, Fredo and Headie One in the urban area… We’re signing acts across the board. We’re diversifying a lot more musically but absolutely our prime focus is on signing new, young emerging talent, whether it be songwriters, artists or JVs with people we feel have got something special going on and have privileged access to an area which maybe we haven’t. We’re prepared to take a long-term view, invest in them and back them and hopefully have success with them in the future.”

You signed Tom Walker, who’s made a key albums breakthrough this year. What did you see in him?

“Tom’s the perfect example of how we approach things. We’ve always backed our gut instinct; there was absolutely nothing going on, data-wise, when we signed him to show he was going to be a successful artist. All I knew was he was a brilliant songwriter and he had a great team around him with Simon [King, manager] and Shabs [Jobanputra, Relentless Records MD] that were going to stick with it through thick and thin. But ultimately he had brilliant songs. It’s refreshing that you can still start in that place and end up three years later with a hugely successful debut album. It’s done extremely well internationally and he’s prepared to work very hard and see it through for the next year and a half of the campaign, because there’s a lot more to come from him. Some of the best songs from the record haven’t been released yet. He’s under-rated as a lyricist. He wrote Just You And I 100% on his own. How many British songwriters have we seen recently that have that level of success with a 100% written song? There’s not that many. Leave A Light On was a co-write with Steve Mac, but it’s still very much Tom’s lyric and it connected with everyone. We’ve seen it from the early gigs, people sing along with every lyric, they don’t just wait for the chorus and have a big singalong. Those lyrics are really connecting with people, it’s great.”

At the other end of the spectrum, how competitive was your deal for Harry Styles?

“It was fairly competitive! It was one of the first things that Jody and myself did, we did it arm-in-arm. We wanted to show our intention to the marketplace that we were open for business and wanted to do some really punchy deals. But also, we really wanted to sign him. I think he’s an absolute superstar and he’ll continue to be an absolute superstar in the future, so we wanted to work with him. And the album has been successful, it’s in the millions sales-wise worldwide and he’s established himself as a standalone artist. So I’m not concerned about the level of deal that we did with Harry. We ended up signing a great artist with a future.”

What do you look for in a writer?

“The same three things as it’s been for 30 years. You look at their talent, obviously. Then you’d look for their desire and motivation. You can be the most talented person in the world but, if you’re lazy, you’re not going to succeed. And three, look at the management and the team they had around them. It’s so important to have good people around you; through success or failure you need that strong team that can ride out the lows and keep a lid on it when you hit the highs. The managers we work with have all played a massive role in their artists’ success.”

Is it harder to tick all three boxes nowadays?

“No. It’s never been easy. It’s very rare you get the perfect set-up, but I don’t think it’s any harder from that point of view. And, say if somebody hasn’t got the right management around them, we can always suggest people and see if it’s a partnership that works for them. But it’s always been hard and it still is.”