'We have to draw a line on this issue': Warner/Chappell's Carianne Marshall weighs in on songwriters streaming row 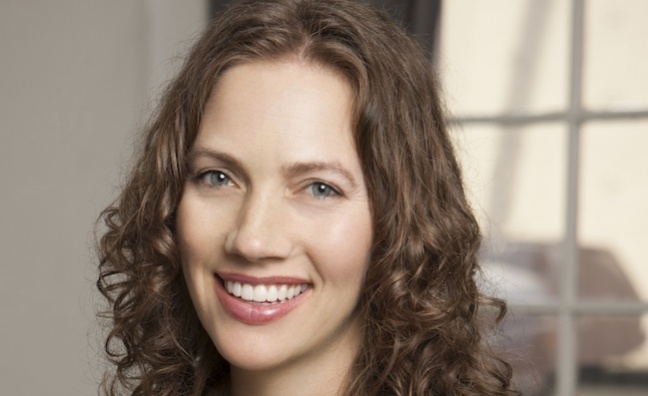 The pressure continues to mount on Spotify, Amazon, Google and Pandora over their appeals against the proposed US Copyright Board royalty rises for songwriters and publishers.

Their stance has already provoked criticism from the NMPA and Sony/ATV boss Martin Bandier, while Spotify’s defence of their appeal – as decoded here by Music Week – drew a sharp response from the NMPA’s David Israelite.

And now Warner/Chappell co-chair and COO Carianne Marshall has made her position perfectly clear in an open letter to songwriters which pledges to “vigorously seek to protect the value of music and passionately promote the rights of songwriters”.

Warner/Chappell is already in dispute with Spotify in India, where the streaming service launched despite not having secured a licence for W/C repertoire in the region. The legal action remains on-going.

Spotify has even drawn fire for its CRB stance from rival streaming company Apple, which is not appealing the CRB decision. Apple criticised Daniel Ek’s company in a blog earlier today, issued in response to Spotify’s own competition-related complaint in Europe over App Store fees.

Marshall, meanwhile, has put the ball firmly back in the streaming companies’ court by encouraging her songwriters to stand firm. You can read the full text of her open letter below:

An Open Letter From Carianne Marshall to Songwriters

You may have heard about the tech companies’ appeal of a recent CRB ruling, and we wanted to make sure you were clear on our stance on this crucial issue.

Last year, the Copyright Royalty Board (CRB) granted an increase of the compulsory mechanical rates paid to songwriters - from 10.5% to 15.1% over the next five years. The decision came after rigorous consultation with many parties, including a wide range of tech companies, as well as songwriters and music publishers. There were strong arguments made on both sides, and the resulting rate increase was fair as well as overdue.

That is where the debate should have rested. Instead, last week, Spotify, Amazon, Google and Pandora submitted an appeal of the CRB decision, apparently with the aim of reducing or eliminating the rate increases granted to songwriters by the CRB. The National Music Publishers’ Association (NMPA) and other trade bodies, of which Warner/Chappell is a member, are being very vocal in their opposition to this appeal.

We value our relationships with the companies who help us deliver music to fans, but we have to draw a line on this issue.  Their attempt to roll back rates fairly determined through the CRB process is unacceptable.  As such, we will vigorously seek to protect the value of music and passionately promote the rights of songwriters.

We are working with NMPA and policy makers in DC to defeat the appeal. We also encourage you to lend your support to NMPA by retweeting them here.

If you have any questions, we’re always here to talk.”