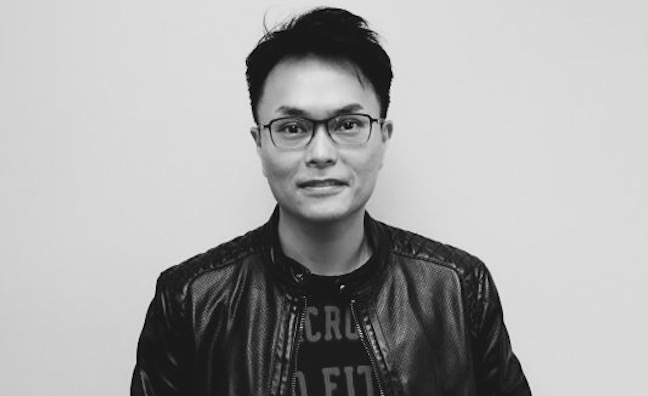 Warner Music has promoted Andy Ma to the newly created position of CCO for Greater China.

In addition to his new role, Ma will continue to serve as SVP, commercial and business development, Greater China and South East Asia. In both roles, he will report into Simon Robson, WMG’s Asia president.

“WMG is a pioneer of China’s new music market, which is poised to become one of the biggest in the world in the next few years,” Ma told Music Week. “I look forward to further growing our presence in China and delivering deals that work for our local and international artists as the market develops.”

As CCO Ma will be responsible for leading the music company’s commercial expansion in one of the world’s fastest-growing markets. He will also be working in the China senior leadership team alongside Sam Chen, CEO, Warner Music Greater China, who oversees A&R activity in the market. Furthermore, he will work alongside Calvin Wong, Warner Music Group’s president for South East Asia, Hong Kong and Korea, on business development projects in South East Asia.

In his new role, he will look at a full range of commercial opportunities in China, from tie-ups with independent labels to brand partnership deals, as well as joint ventures with other companies and maximising the potential of 360 degree agreements with artists.

Ma joined WMG in 2011 as VP for New Media for Warner Music Hong Kong, before becoming SVP, Commercial & Business Development, Greater China and South East Asia in 2015. In this role, he was instrumental in developing WMG’s partnership with Chinese internet giant Tencent, which is licensed to distribute the company’s repertoire in mainland China, as well as making it available on its own platforms, such as QQ Music.  He also developed partnerships with China Mobile and other China telcos, in addition to video and IPTV content suppliers.

He has also been at the heart of WMG’s licensing partnerships with other major Asian digital music services, including Taiwanese-based KKBOX and South Korea’s MelOn. IFPI figures show that China was the 14th largest recorded music market in 2015, up from the 19th largest in 2014. It’s predicted that China will become a top five recorded music market within the next few years.