'You know greatness when you see it': UMPG signs Rosalía 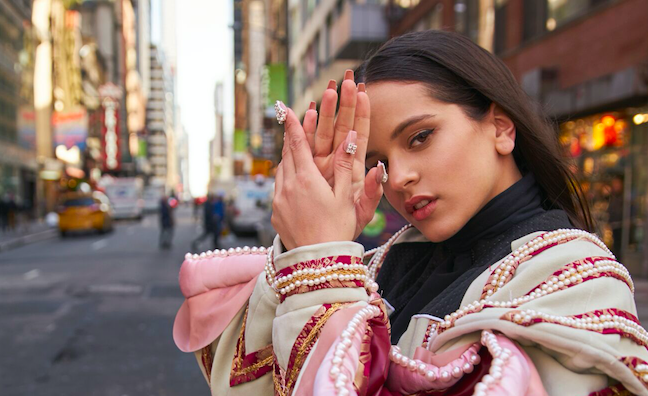 UMPG chairman and CEO Jody Gerson welcomed the news, saying the 26-year-old Spanish artist is “is totally in control and manifesting her own destiny”.

“Beyond writing, producing and performing her own songs, she has created a new hybrid of flamenco music and is breaking cultural boundaries,” Gerson added. “You know greatness when you see it – when you watch Rosalía, you know she is an important voice. She will undoubtedly have an extraordinary career and UMPG looks forward to supporting her journey.”

Rosalía added: “I want to thank Jody for believing and trusting me, as a composer it is an honour to have signed with Universal Music Publishing. I feel very happy to be part of this house that has so many artists that I admire and in this new stage in my career, I will give the best of me.”

I will give the best of me

Signed to Columbia in the UK, Rosalía was nominated for the Best New Artist award at the Latin Grammys in 2016. Last year, the singer’s Malamente track won Best Urban Fusion/Performance and Best Alternative Song at the ceremony.

Speaking to Music Week in January, Rosalía said: “I would never like to get comfortable making music, I love the feeling that I am pushing and taking risks. It’s not about beauty, it’s about truth, trying to find truth in the way I sing and compose. It’s magic to me.”

The singer released debut album Los Angeles in 2016 and followed it up with El Mal Querer last year, debuting at No.1 on the Latin Pop Albums chart in America. The singer has since collaborated with James Blake, El Guincho and J Balvin. Rosalía also appeared in Pedro Almodóvar’s new film Dolor Y Gloria.