On The Radar: Declan McKenna 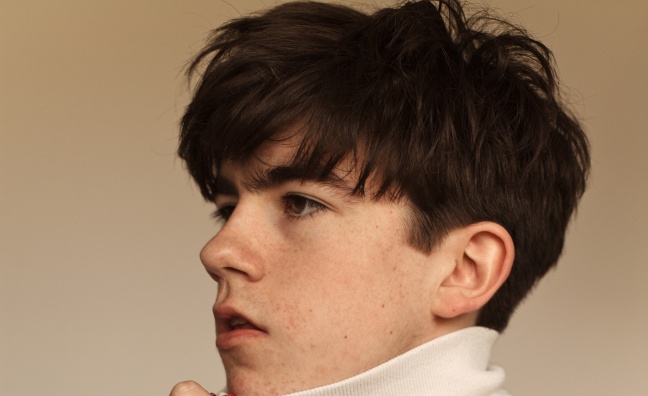 Let’s get this bit out of the way first: Declan McKenna, one of the best singer/songwriter’s out there at the moment, is young. But that doesn’t mean that’s all there is to him.

Speaking to Music Week about how annoying it can get when all people want to discuss is his age, he says: “It’s not necessarily people pointing out your age, it’s more the whole, everything being connected to your age. Any lyrics are connected to teenage hormones. Everything gets compared to the likes of Jake Bugg, because he was young once.

Nobody else is writing songs that sound like his, from a lyrical standpoint. McKenna’s self-released debut single Brazil criticised FIFA, while latest track Bethlehem, as you may expect, tackles industrial-scale religion and the harm it can cause (“[I could] make another demographic not like me,” jokes McKenna).

“I get people saying, Oh you write about these topics, that’s so mature for your age. And I’m like, No, it’s not,” he says. “All my friends talk about the topics I write about. I just write about it. It’s not that common in pop music, I guess, these days. But a lot of adults like to think that they’re more intelligent than younger people.

And on a wisdom basis, I don’t think that’s necessarily the case.”

McKenna’s major label debut, Paracetamol, looked at LGBT issues following the death of Leelah Alcorn. The video was directed by Matt Lambert, who McKenna gushes praise towards: “I wanted to go with him; I loved all of his work that he’d done before.

“He had a great vision for what it could be, and what was wrong about a lot of trans and LGBT videos that already existed - what we could do to make a positive one, one that wasn’t all just sad sad sad. Because it’s not like that; that’s not how it is.”

Before any singles had been released, the buzz around the singer/songwriter started after he won Glastonbury Festival’s Emerging Talent competition last year - he’ll return to Worthy Farm again this week, on the Park Stage.

“I didn’t expect anything to come of it, because I wasn’t, Oh my God, I’m entering this competition, it’s going to be my big break,” says McKenna. “This was one of a billion competitions I’d entered to try and get somewhere.

“Luckily the one from Glastonbury was the one I won, the one I’d want to win above any other festival I applied to play at. So I was very lucky in that respect; I got to lot a from it, obviously, and Glastonbury is the best festival in the world.”

Off the back of Glasto, it was rumoured that 40 labels tried to sign him - not quite true, as he explains: “I’m pretty sure it was like, 40 managers wanted to get me. I think it came from someone not really knowing the difference between a manager and a label. There were a lot of labels - I never really counted. Above all, it was too many emails to count up and reply to.”

Victorious in the bidding war was Q Prime - home to Foals - while Columbia Records signed McKenna for a three-album deal, after he was impressed by the likes of Jeff Buckley and Bob Dylan in their catalogue.