On The Radar: Lauv 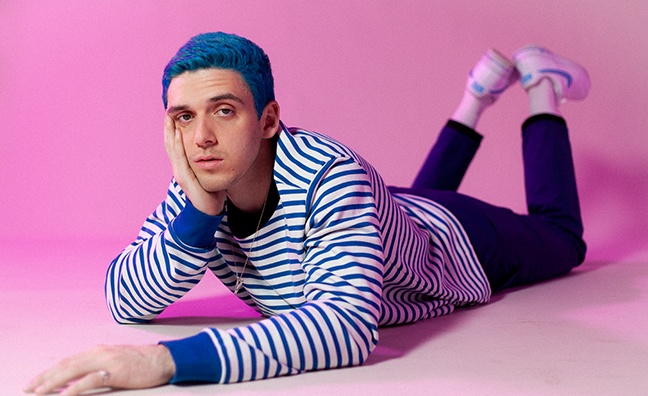 It’s the autumn of 2018 and Ari Leff is cooped up in a small hotel room somewhere in London. Surrounded by a couple of laptops and some recording equipment, the bedroom musician better known as Lauv is very much in his comfort zone. Alongside him is Oscar Görres, the Swedish producer and long-time collaborator of Troye Sivan. They were working on I’m So Tired, which has since become a first UK Top 10 for both Lauv and the Australian Sivan. “It’s so crazy! The Top 10 in the UK is so exciting for me, because I’ve always felt the UK is so ahead of the curve,” says Leff, reflecting proudly on a track that has peaked at No.8 and sold 170,857 copies to date. The 24-year-old has amassed more than two billion streams so far, but cracking the Top 10 in Britain is a big deal. I Like Me Better, his biggest-seller on 400,059 sales, has become a streaming hit since its release in 2017.

“Before I started playing shows in the UK, people always said, ‘You have to be ready, because people are a little more critical there.’ I don’t know if it’s necessarily true, but that was always in my head,” he says. The inner workings of Leff’s mind are becoming increasingly valuable, shaping as they do his genre-hopping, ultra-modern and emotional pop music. Born in San Francisco, Leff moved with his family to Atlanta and then a small town outside Philadelphia. When changing schools he’d “play the class clown and be a weirdo to make people laugh”. At university in New York, he cultivated an ambition to write songs with mass appeal. Quiet as a kid, he takes his stage name from the Latvian word for Lion, a tribute to his mother’s heritage.

“I don’t see myself as a pop star, I just see myself as a weirdo,” he says. “Before I was an artist, I was trying to write hit songs for other people, that was my goal. I’ve always gravitated towards music that can make a large body of people all feel something. That’s the most pop thing about my music. I try to write songs that can unify people.” Leff, who made Boys with Charli XCX and plans to co-write more, says there’s “a part of me that needs to feel that connection, to unite people”. He’s deep into making his debut album and is looking forward to touring Asia, where he has already supported Ed Sheeran on an arena run.

Leff mentions pop-punk and folk in an excited splurge explaining the sounds he’s cramming into the record and promises a varied listening experience. “I don’t listen to one type of music, and as a producer I like weird, minimal sounds, so they’ll always be there,” he says. “But I don’t want the album to all sound the same.” Ultimately, Leff believes his fans will connect with the record because honesty is at its core. As his star is rising, this easygoing singer is realising there’s a reason they say it’s the best policy. “I’ve always approached the music trying to be as honest as possible,” he finishes. “For the longest time I was shy, now I’m not."