On The Radar: Nia Archives 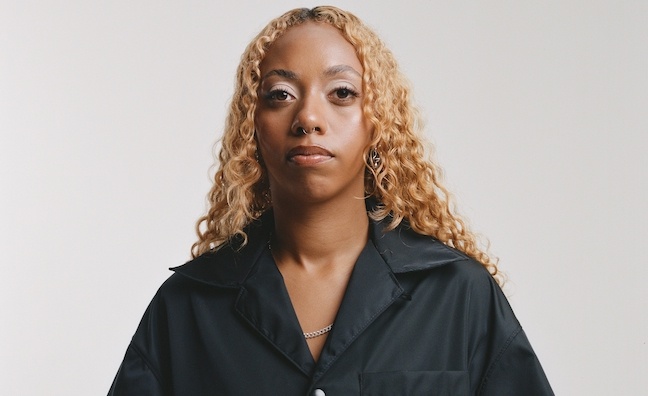 Ever since she first discovered jungle, Nia Archives has been in pursuit of making floorfillers of her own. Music Week hears the Island act’s plan to channel her feelings into timeless creations…

Nia Archives is the future of jungle. You might think you’ve heard quite a few people described that way since the genre blew up in the 1990s, but in the case of the Bradford-born 22-year-old, it just so happens to be true.

Nia (whose full name is not for public consumption) is unusual in a scene that has its eyes fixed firmly on the digitised hereafter. She acknowledges that she is looking backwards in some ways, but the choice is deliberate.

“Drum & bass these days has become so scientific, it’s like modern day classical,” she says. “The way the music is composed, the intricacies of the mix, how it’s compressed... The thing I like about the 1990s was that it was so DIY. You’d have odd frequencies, or some bits were squashed. I’m after the imperfections in the breakbeats.”

In some respects, then, Nia Archives is an original junglist, channelling the spirit of an old school raver. But then, she also has love for bands like Radiohead and the complex, downbeat sounds of producers like Burial and J Dilla. Her blend of introspective lyrics and jump-up beats feels very modern, a Gen Z acknowledgement that you can’t run away from your feelings.

“Sometimes I do feel a bit exposed,” she says. “I don’t talk about my emotions to everybody. I started making music because I don’t always express myself very well with words… My music is certainly made for the dancefloor, but in other respects it’s very personal, like a diary. There’s a lot of emotion there. I don’t just want to make music for the club, I want it to be for the after party and for when you’re hungover the next day.”

It’s a combination that has proved successful so far. Nia’s debut EP Headz Gone West came out in April of 2021. Since then she’s played sets at Notting Hill Carnival and in the Dance Tent at Reading and Leeds, at Glastonbury and All Points East. This summer, she filled a BBC Radio 1 residency full of ragga and jungle, while Clipz’s No Time featuring Nia, Beenie Man, Cristale and ShaSimone was playlisted on 1Xtra. Her 2021 single Forbidden Feelingz is on its way to nine million streams on Spotify, where she has over 1m monthly listeners.

Nia Archives has actually been in informal musical training for a long time. Growing up near Leeds, there was music at school and in the Pentecostal church she attended. At home, her former stepfather was a producer, so Nia was experimenting with Logic [software] from the age of 12. She also taught herself to play the piano by watching YouTube videos, while her grandmother was also a huge musical influence.

“My nana was the person who introduced me to jungle,” she smiles. “It was the connection to Jamaican sound system culture. But there was also dancehall and bashment, jazz and soul and disco, lovers rock and gospel.”

At 16, Nia left home and moved across the Pennines to Manchester, knowing no one. She made friends by going out dancing and by taking a video camera along to parties.

“It was my way of getting to talk to people,” she says. “I would feel less shy if I had the camera.”

This was the original Nia Archives project: she would upload the party scenes to Instagram and make music to put over the top.

“I didn’t care if it was rough or like a demo,” she says. “I just didn’t want to use anyone else’s music.”

A Manchester friend told her about Westminster College’s music production and business course, sparking dreams of a move to London.

Nia worked 50 to 60-hour weeks in Burger King to save up for her move to the capital. In London, she worked at a Wetherspoons (“They were supportive,” she says of her pub colleagues. “I haven’t got a dramatic quitting story.”)

Her earnings financed her music and visuals.

“I released both of my EPs independently and I wasn’t looking to sign to a label,” she says. “I had a few labels try to sign me, but I wanted to stay true to the culture and the community of jungle.”

In the end, though, Island Records’ history won her over.

“They understood my vision and my culture,” she says. “And then there’s the artists, like Amy Winehouse, Bob Marley and Grace Jones, she’s an icon and a powerhouse.”

Nia Archives hopes to be a similarly trailblazing figure.

“I’m a Black woman from up north,” she says. “It’s nice to be able to represent, you know? For young Black women, certainly, but also for other northerners because music can be really London-centric and there’s a whole country out there.”

She refined her beat making after working with a series of producers who didn’t take her seriously.

“I’ve had a lot of mansplaining throughout my career,” she says. “But also they were slow and not bothered about what they were doing with me.”

She also joined the mentoring programme EQ50, a scheme set up to help women and non-binary people in music.

“DJ Flight [co-founder] was amazing,” she says. “Though we talk a lot now, I still look up to her like a proper fan girlie.”

Nia Archives is now picking up “fan girlies” of her own, as the gushing comments under her TikToks attest. Step by step, she’s making her own way to becoming timeless.

“There are albums that changed the way we think about music,” she concludes. “The Miseducation Of Lauryn Hill, Roni Size’s New Forms... I want to do that. Not for the ego, but to create something, to change the way people hear.”