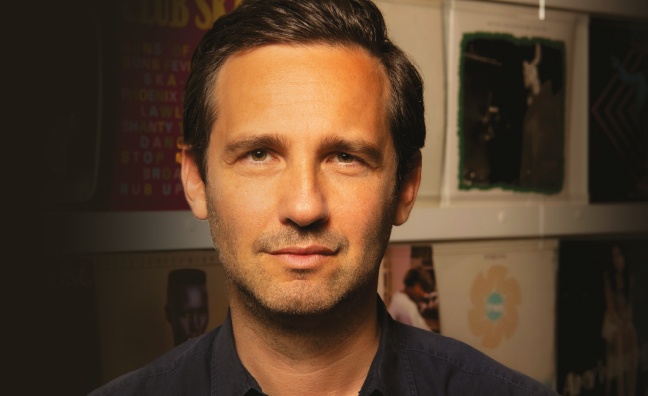 Indeed, Island is on a red hot streak in terms of breaking new talent right now. Since Bloom – who celebrated his 20th year at Island in 2021 – succeeded the highly-respected Darcus Beese as president in 2018, the label’s been busy breaking acts not just in one genre, but many. “It’s important to me that we have the most exciting roster, and that means leaders in genres,” Bloom explained.

Time for a quick recap: Island have recently secured hits and critical acclaim alike with the likes of Dermot Kennedy, ArrDee, Unknown T, Yard Act, Easy Life, The Lathums, M Huncho, Sports Team, Sigrid and BRIT Rising Star nominee Lola Young. When it comes to Afrobeats, meanwhile, Island/YBNL Nation/Empire were behind Fireboy DML’s massive Ed Sheeran-assisted single Peru, the platinum track giving the genre its biggest UK hit yet. All of that is with a host of recent signings such as FLO, Dylan, Nia Archives, and Sam Tompkins still in the pipeline (“Sam’s a moment away from being very big and has, of all people, Justin Bieber as his mentor,” said Bloom).

Not to put too fine a point on it, in his career-spanning Music Week Interview we asked Island’s president if he felt his label had got the respect it deserves as an A&R powerhouse.

“No,” offered Bloom. “I’ve done the stats here. ArrDee is the biggest breakthrough artist of the last 12 months. That’s not just in rap – it’s the biggest breakthrough. We’ve got one of the best-selling singles with Fireboy DML. With Yard Act – and this is an opinion – I think they’re the most exciting band to have emerged this year in terms of being the most articulate and witty, and in terms of live performance. So this is across genres.”

Bloom also went on to praise Dermot Kennedy, whose 2019 debut Without Fear hit No.1 and is on sales of 276,337. His follow-up, Sonder, is due to arrive via Island on September 23.

“I look at Dermot Kennedy, who’s about to come out with a second album, and that’s one of the biggest breakthroughs from a UK-signed artist on his debut record,” said Bloom. “He’s doing 10,000-cap shows in Germany, and Red Rocks in the US. We did three Ally Pallys at the end of last year, and we’re going to do two O2s next year. In Ireland, he’s a fucking phenomenon: 27 weeks at No.1 [in the albums chart] is up there with Ed Sheeran and Adele. This guy is poised for being a huge global breakthrough.”

While Island have had cross-genre wins, it’s worth noting the success they've had with something many other labels have failed with of late: bands. In recent memory, Island has taken The Lathums to No.1, and Yard Act, Easy Life and Sports Team to No.2.

You can easily imagine bands such as those signing to an independent label, yet they have instead found a home at Island. So does that make them a different major label to their competitors in that respect?

“I feel comfortable saying we’re leading in the alternative genre, as a major label,” offered Bloom. “It’s a passion of mine that may go back to Britpop. I always think of Island as an indie in its spirit, but we’re part of this incredible organisation, which is Universal. It doesn’t have to specifically be a band. Nia Archives is an alternative artist, Easy Life wouldn’t see themselves as a band, they’d see themselves as a collective – it’s just all these acts are doing it on their own terms, and they are building fanbases.”

I feel comfortable saying we’re leading in the alternative genre as a major label, it’s a passion of mine

In his interview, Bloom reflects on everything from his early moves in the music business, his in-depth take on A&R, why his team is “the best in the business” and much more besides. Bloom also offered his thoughts on how to achieve chart success with bands when they don’t necessarily have the TikTok virality many see as essential now…

“It takes time, it takes patience,” he said. “I think we’re going back to a time when it took two or three albums to break. And that’s how it was in the ’70s and ’80s. It takes a moment. It’s about wanting to win, but winning in the right way. For me, that’s why the live ticket is so important, because it means people are looking up from their phone for a moment, and they’re going, ‘Oh shit, I need to get out of the house, I need to buy a ticket, get on a train and queue up.’ I’ll take one of those fans over loads of clicks. A click is easy. It’s finding those fans who are invested. I always look at the database for these artists. That’s where I look at success, it’s not something that’s in the charts. The artist’s database is their pension. That’s the measure of success for us because then they are invested in wanting to buy a bit of merch, it’s about the experience and lifestyle. I want artists to be their own playlists, rather than sitting on a playlist someone else has made. I want people to go, ‘I’m gonna listen to Easy Life today,’ or Sports Team or The Lathums.”

When it comes to the plans for the rest of the year, Bloom pointed to a number of acts to be excited about, on top of the aforementioned return of Dermot Kennedy.

“Look at what we’re doing across genre,” Bloom said. “There’s Lola Young, plus Easy Life and Sports Team are coming back with new records, Nia Archives is bringing a diverse and inclusive crowd to jungle, and then there’s what can we do with FLO! I’m obsessed with them.”

“I’ve never heard his voice like this before,” he revealed. “It’s a deeply personal album and a bold statement.”

Bloom ended with a prediction of where all this blur of activity leaves Island in 2022 and beyond.

“I think in the next five years hopefully we’re going to enter another golden era for Island,” he said. “I think that’s where we’re heading. What we’re doing across genres is producing the next generation of festival headliners, which is, I think, important for the industry. I hope that people start to notice what we’re doing.”