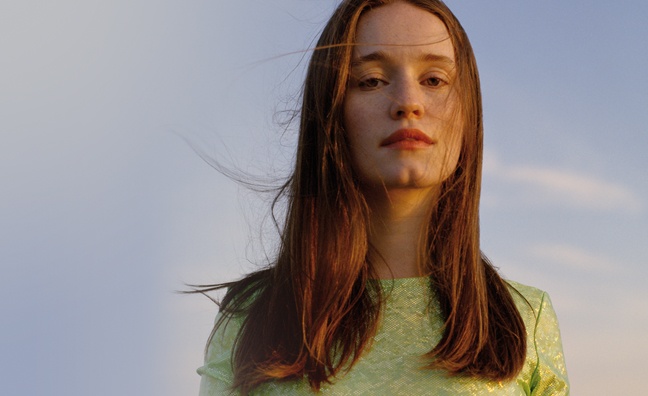 Sigrid is set to return with her second album How To Let Go and has told Music Week that she knows the music industry better than ever.

The Norwegian singer releases her second record on May 6 via Island, and stars on the cover of the current issue of Music Week to celebrate the launch of the campaign.

Her first album, Sucker Punch, has 101,063 sales to date, according to the Official Charts Company, while her biggest single Strangers has 834,127. Sigrid won an NME Award for Head On Fire, her collaboration with Griff, last month and is due to play Wembley Arena later this year. Her current single, It Gets Dark, has already ticked past the million views mark on YouTube.

Sigrid, who first appeared on our cover in 2018, took an enforced break from recording sessions for How To Let Go, flying home to Norway from LA at the beginning of the coronavirus pandemic. She told Music Week that the time off allowed her to reflect on her industry journey so far.

“I know that I need a lot of time off,” she said. “My body just can’t handle too many days of work in a row and that’s just how I am. It’s something that maybe I didn’t want to accept but I am now, it’s fine.”

Sigrid added: “If there’s anyone younger than me coming into the industry and reading this interview, I hope that what you can take away from this is that there’s gonna be a lot of opinions.”

Manager Elena Olivero praised her act’s growth: “She has learned to say, ‘OK, fuck it’ more often and I think that’s an important skill in the music industry, where two plus two doesn’t always equal four.”

Sigrid inspires ardent dedication from her fanbase, and said that “a good role model is someone who won’t always do the right thing, I’m a human too.”

The star spoke about representation in the music business, paying tribute to her peers including Griff, Maisie Peters and Holly Humberstone. 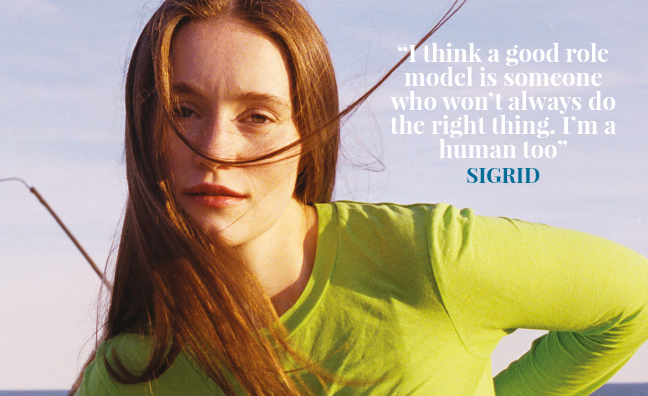 “I think we’ve proven time and time again that there’s a lot of brilliant women doing great stuff in the music industry,” she said. “You look at the biggest artists in the world, you see Adele, Taylor Swift. Those two have been really good role models for me.”

Speaking about magazine articles discussing her appearance during her first album campaign, Sigrid said: “You just wake up one day and you’re like, ‘fuck off.’”

“I like to dress up sometimes,” she added. “Also, it’s just clothes! I still think the most interesting thing about me is the songs and the live performances, in my humble opinion!”

Sigrid said the issue is part of a wider problem.

“It’s like the rules have been turned upside down in my opinion and I really like it,” she said.

Read the full interview in the new issue of Music Week, out now. Subscribers can read it online here.