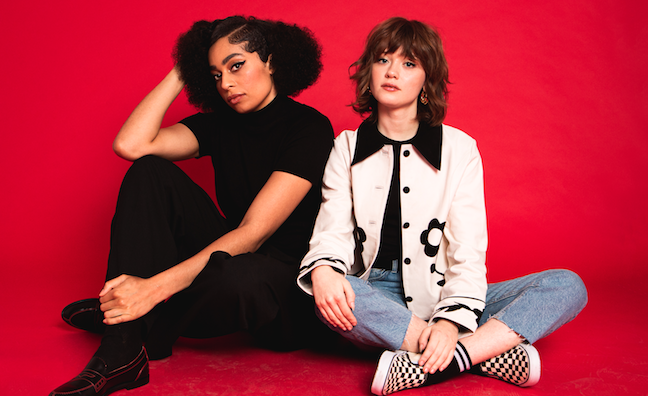 At the beginning of a new year, the industry often likes to make a case for new music being the best it’s ever been.

Well, this year, that argument might just have more weight than normal. This week’s edition of Music Week is our New Music Special, led by cover stars Celeste and Maisie Peters, and in the Big Story we reveal that there were four UK debut albums in the Top 100 sellers of 2019, up from just one in 2018.

Lewis Capaldi led the way with Divinely Uninspired To A Hellish Extent on EMI (640,892 sales), and was joined by Tom Walker, Jax Jones and Sam Fender. At the Mercury Prize ceremony, Slowthai brought Boris Johnson’s head in his rucksack, providing just one show-stealing moment in amongst highlights from Little Simz, Fontaines DC and Black Midi. The likes of Freya Ridings, Dave, Mabel, D-Block Europe, AJ Tracey and Aitch also made their mark on the year, and not just in the music industry. These acts touched popular culture, and that has to be encouraging. The point is certainly worth highlighting as we head into 2020.

But, as our selection of 20 artists in the new issue seeks to illustrate, new music is about more than just numbers. The idea that we’re in an environment where emerging acts are encouraged to take their time to develop their sound and message and deliver them however they want is far more important. Emerging artists have a real opportunity now, and new music is coming from all directions.

As with AJ Tracey’s massive achievement with Ladbroke Grove last summer, sometimes there’s a sweet spot where a record will rack up big numbers and permeate the country’s everyday life in the process, but there’s plenty going on beyond such situations. Artists are able to build from the ground up; safe in the knowledge that not everyone needs a label to make their dreams come true. That said, some will probably point to the fact that rumours of huge signing fees are sloshing around again offers further encouragement, proof of the majors’ belief in new talent.

These days, though, stories of such expense are more likely to evoke eye-rolling than anything else. Music has moved on and emerging artists are at the forefront of that change. It’s on the industry to embrace and nurture their talents.

Polydor is already seeing the benefits of Celeste’s emergence as the pre-eminent force of 2020, thanks to a BRITs Rising Star win (she was joined on the shortlist by Joy Crookes and Beabadoobee) and first place in the BBC’s Sound Of 2020 poll. Maisie Peters finished the year by selling out O2 Shepherd’s Bush Empire, and told us that night felt like just the beginning. At 19, she’s been doing this almost six years already.

Our list stretches from Koffee, who’s already got a Grammy nomination, to brand new Coventry rapper Pa Salieu, who sent shockwaves through the scene with his Frontline single this month. Katy J Pearson, signed to Heavenly, is one of the most promising indie newcomers we’ve seen in ages. Each act on our list is at a different stage, with individual ambitions and something unique to offer. For that, we celebrate them.