On The Radar: Samm Henshaw 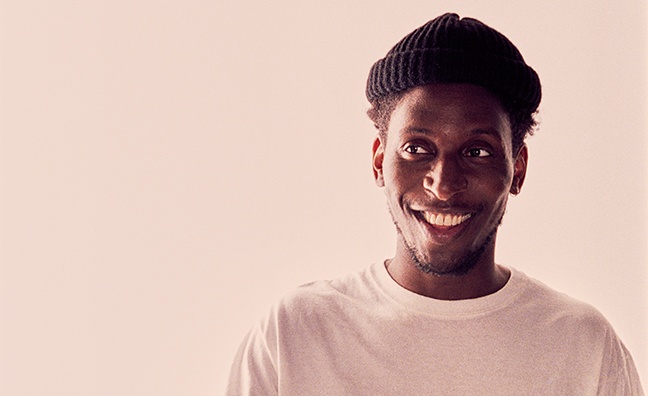 Samm Henshaw is waking up in Los Angeles and he can barely talk. The singer, thousands of miles from his home in South London, sounds like he’s been gargling gravel. The reason? His upcoming debut album. “It’s been about two years now and it’s definitely getting to the point where I’m super-drained from it,” he says. “It’s wringing every part [of me]. My voice is completely… This is my morning voice!” The 25-year-old is quick to stress that being wrung dry is totally worth it. His record, still untitled and due on Columbia later this year, is pretty much the only thing keeping him going. “At this point I’m saying to myself, ‘Do you know what? This is going towards something great,’” he says. “It’s really touching and inspiring when you can see people enjoying what you’re doing.”

Although he hasn’t been keeping tabs on much back home, Henshaw knows that his current single – the warming, soulful Church, inspired by his family’s religious background – is doing rather well. Racing towards five million Spotify plays, it has enjoyed playlist support from BBC Radio 1, 1Xtra and Kiss. “My music is not typical at all,” he says. “The fact that a song like Church is getting played on the radio is weird, but it shows the position of music at the moment, and the fact we’re opening up to different things.”

Henshaw had identified a trend for identikit pop music in the UK and wanted to steer clear of it. “I feel sometimes there’s a formula that you have to stick to in order to progress. I had to come to this place in my mind where I said, ‘I don’t want to have to do that,’” he says. “I want to make what I want to make with no strings attached.”

Henshaw, who has toured with Chance The Rapper and found fans in Pharrell Williams and Quincy Jones, is honing a mix of soul, gospel and hip-hop for his album. “It did seem quite ambitious and outside of the norm for what we’re going for in the UK,” he says. “I’m glad it’s working and paying off in [relation to] where music is heading and that’s a cool thing.”

Henshaw’s vision crystallised after a family holiday to Nigeria. He’d endured a six-week break from music and was hungry to throw himself into the creative process with producer Josh Grant. “I wanted to make a soul, hip-hop, gospel album, mixing those styles into one. That was the stuff that I grew up on, that I loved,” he says. “You can bring out a number of different things with each one; relationships, love, energy, reality… It’s my journey.” This week, Henshaw will return South London, playing a London show at Electric Brixton. Like every other stop on his trip so far, he’s planning to savour it. “It’s amazing that people in the place I grew up are listening to my music, it means everything,” he finishes. Now to rest that voice…