On the radar: Westerman 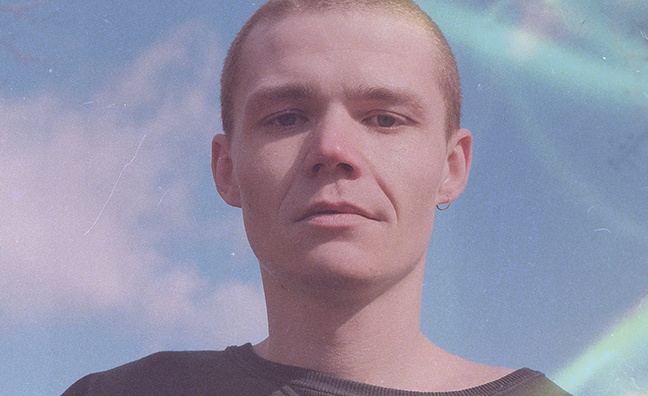 Will Westerman’s mind shouldn’t be whirring quite like it is when Music Week encounters him on an autumnal afternoon. It’s a rare day off and he’s heading to the cinema, but as soon as we begin talking, his long, loquacious sentences come in waves. Next month sees the release of his new Ark EP, which brings his luminous songwriting another step further from the folkier territory of his earliest recordings. Tracks like Albatross and Outside Sublime are heartfelt and danceable, redolent of Arthur Russell. “I tried to make the tone more confident and empowering,” he says. “That’s quite a strong word and not something I would normally associate with my music, but I tried to challenge myself to put that attitude into it.”

Westerman talks often of pushing himself and clearly relishes the idea. The change from his long-haired troubadour days is stark. Ark continues his association with producer Bullion (Sampha) and electronics suit the West Londoner, who trained as a teacher before diverting to music. “I’m putting forward a message in a concise way that challenges what I’ve done before,” he continues. “My music has been conversations with myself, I wanted to write to people, to someone.” While he moulds his own sound, the 26-year-old Blue Flowers signing is enjoying toying with the notion of what it means to be a singer-songwriter, too. He’s comfortable with the term, but his sound certainly doesn’t deliver what it might lead you to expect. “It’s a blueprint. The artists I was drawn towards growing up were singer-songwriters and there is a purity to it,” he says. “But the instrument is incidental, the reason it’s important is to try and get out what you’re trying to express, but they way you do that could be anything – you could do it on spoons.”

Despite his shift in sound, Westerman still writes mainly on acoustic guitar, and has been learning the piano (“It’s not going particularly well”). “Music is an emotional response, so having a physical instrument is a pure way of getting that connection,” he says. “It’s still my preferred starting point. But then it’s manipulating the atmosphere around the intonation you’re trying to put across, to better fit what you’re trying to say or make people feel.”

Westerman talks intensely, and it’s no surprise to hear him say his work and worries about the industry around it “aren’t particularly good bedfellows”. He admits that, so far, he’s worked in a “quite solitary” fashion, but his relationship with Bullion is stoking the fire to expand further. He plans to get to work on his debut album at the start of 2019. “After that, I’d like to try working with other people and see what comes out,” he finishes. “Things change so quickly in life and certainly in music, we’ll see…"