7 incredible moments from The BRITs 2020 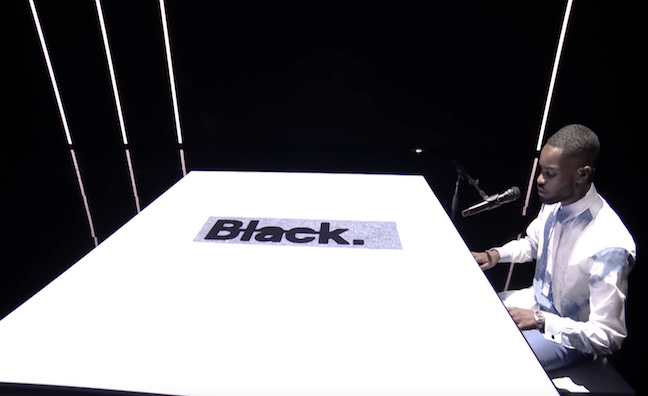 After all the months of speculation, hype and even controversy – which you can read about in the latest edition of Music Week – the BRIT Awards 2020 finally took over London’s O2 Arena last night

The event saw Lewis Capaldi take home the most awards, with Dave, Mabel, Stormzy and Billie Eilish all claiming some big honours – you can click here to read the full list.

But to look solely at the winners list is to only learn half the story. There are plenty of other ways to stand out at the BRITs.

Anyone saying The BRITs has lost the ability to capture not only the imagination but the pulse of popular culture was in for a shock when Dave took to the stage to perform Black. Flanked on piano by producer Fraser T Smith – who could have passed for Dracula with his slicked back hair and dark suit – the Streatham rapper gave a timely distillation of his talents. Referencing the Grenfell Tower tragedy, government racism, media treatment of Meghan Markle and Prince Harry and London Bridge victims Jack Merritt and Saskia Jones, this performance snatched the breath from everyone in the room. Surely it would have a similar effect on anyone who witnessed it. Yes, Dave’s bars were rapid and delivered with customary clarity, but this showing underlined his importance as a force, a rapper with the power to change the conversation. “I’m just a guy, I swear,” he said later on stage when collecting the Album Of The Year Award. Far from it, Dave. Far from it.

THE NAME’S EILISH, BILLIE EILISH
Long before the BRITs ceremony began, for many this was easily the most eagerly-anticipated performance of the night. Yet if Billie Eilish treating the BRITs to the live debut of her brand new – and currently No.1 in the midweeks, FYI – James Bond theme No Time To Die sounded good on paper, it was nothing compared to the real deal. Accompanied by her brother Finneas, Hans Zimmer and Johnny Marr, Eilish delivered a masterclass in slow-boil tension.

HERE COMES THE RAIN
Could Stormzy top his rain-soaked performance of 2018? Not quite, but that’s not because the #Merky rapper was off colour tonight. Rather, the Male Solo Artist winner essentially turned The BRITs 2020 into a mini Stormzy gig. Complete with a guest spot from Burna Boy, a turn sitting dutifully on a stool and a set that made full use of the arena’s new multi-stage policy, Stormzy’s performance was electric. But it was the melee of backing dancers and singers that made this showing extra special. By the end, the Croydon MC had an army behind him, and you get the feeling that’s what it feels like to be Stormzy. He operates with the support of so many (he had shouted out the women on his team earlier) and his impact on pop music is surely only getting bigger. It wasn’t overtly political, but Stormzy’s BRITs 2020 set showed how much we need him.

CELESTIAL MOMENT
This year’s Rising Star winner was introduced by last year’s, with Sam Fender quipping he’s got “a Gregg’s gold card and Alan Shearer’s number” out of it. But he never had the pressure of playing to the nation as a relative unknown. If Celeste was phased by carrying the biz’s breaking artists policy on her shoulders, it didn’t show. Picked out by a single spotlight, she smouldered through Strange as if to the BRITs manor born. A moment of pure class, and brilliant vindication of giving a new artist a TV moment, she can surely expect Shearer to be popping round with the celebratory pasties this morning...

GOOD AS HELL
The staggering lack of representation of female talent in this year’s nominations was a white-hot talking point going into this this year’s BRITs. So much so, in fact, it drew numerous barbed criticisms on the night, including presenter Paloma Faith wryly saluting “the underrepresented group – the men”. Though only three women left the night with awards, they were at the heart of some of the night's most dazzling performances. Alongside Billie Eilsh and Celeste, was a rather phone-tastic themed opener courtesy of Mabel and a grandstanding display from Lizzo. When the latter wasn’t bringing the house down with a bit of impromptu stand up comedy with Harry Styles and Jack Whitehall, she was absolutely electric as she worked her way through a quick-fire medley of hits.

DOFFING THE CAP
There was more chance of hell freezing over than Lewis Capaldi walking away from the BRITs empty-handed. The 23-year-old was the night’s only double award winner, picking up Best New Artist and Song Of The Year for Someone You Loved, the later performed immediately after host Jack Whitehall’s tribute to the late Caroline Flack. While the first award was greeted with only a brief speech (mixed with a little visual comedy), Capaldi saved the best for last, referencing his dad, gran and his Love Island star ex-girlfriend. Divinely inspired.

HAPPY AS HARRY
Harry Styles was resplendent in a lacy white outfit to perform his slushy ballad Falling, but an ostensibly low-key vibe was never going to last. His mere presence had already provoked pandemonium in the crowd. Piercing screams duly almost drowned out the plaintive piano chords of the Kid Harpoon co-write - written, as Music Week heard this week, when Styles was in a towel post-shower - and the excitement would continue once the One Direction member was safely off-stage and among his family back at their table. Host Jack Whitehall duly came to disturb the peace, cracking jokes about Simon Cowell’s face and overseeing Styles down a gulp of tequila. “How does it feel to have your music taken seriously?” asked Whitehall, who also insinuated that the only ones on psychedelic drugs during the making of Fine Line were those choosing Styles’ outfits. Surely he was just jealous of Styles’ yellow suit… All of which - alongside a brilliant cameo with Lizzo - served to underline Harry Styles’ importance to the BRITs. He didn’t win anything, but the show would have been nothing without him.