'A&R is the most important thing': Jamal Edwards explains how SBTV will find the stars of tomorrow 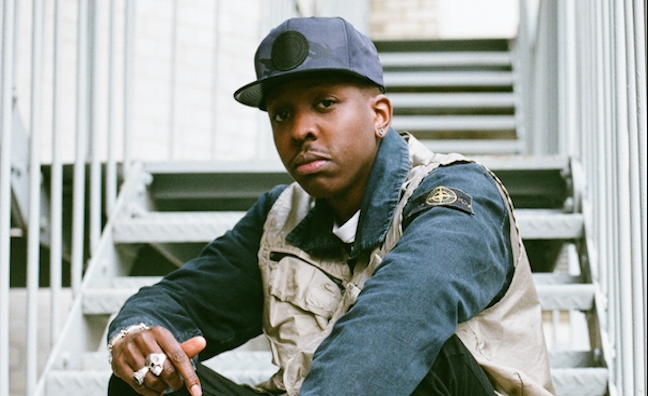 “A&R is the most important thing,” said Edwards, the cover star of the latest edition of Music Week. “Yeah [we’re still at street level], people are getting their shots on other platforms, but we still have the power – we’ve done Dave, J Hus, Nadia Rose and Mist recently. We can still help artists.”

As well as uncovering the stars of tomorrow, Edwards told Music Week that SBTV’s work can help build the teams around artists such as Stormzy and Dave, who have specific videographers and directors as part of their supporting cast.

"When I filmed with Dave, I hired a director called Dir. Lx, he directed Dave’s first video, Jekyll & Hyde, and I also put him on J Hus’ Lean & Bop,” Edwards said. “After that, he has directed all of Dave’s videos. That’s the evolution of how I think I can help artists, as well as doing content and showing them ideas of different formats, different strands.”

In the interview, available for subscribers online here, Edwards also predicted a new wave of talent will emerge via SBTV in 2018. “I’ve come across some amazing talent over the past few months, but I haven’t filmed them yet, I will. But I’m still on that discovering new talent.” The 26-year-old even pointed out that he’s starting to work with young A&Rs across the country, describing his contacts – Riley, Muna and Marcus Darryl – as “the new breed”.

“All it’ll take is platforms like mine or a label for those three to put on an act that no one knows of and for it to blow,” he added.

Edwards’ points formed the thrust of his argument that the UK scene thrives on entrepreneurial spirit, that DIY culture still persists. This is what I’m excited about, artists becoming more and more entrepreneurial, from 10 years ago to where it is now is crazy.,” he said. “Then you’re getting teams of people building around artists, Stormzy, Skepta… all these artists are building teams around them, rising above and smashing it. That’s where the evolution of the scene started."

Elsewhere in the interview, Edwards discussed his work to promote awareness of mental health issues in the music industry, and guided Music Week through some of his favourite SBTV moments. Read the industry’s take on his success here.