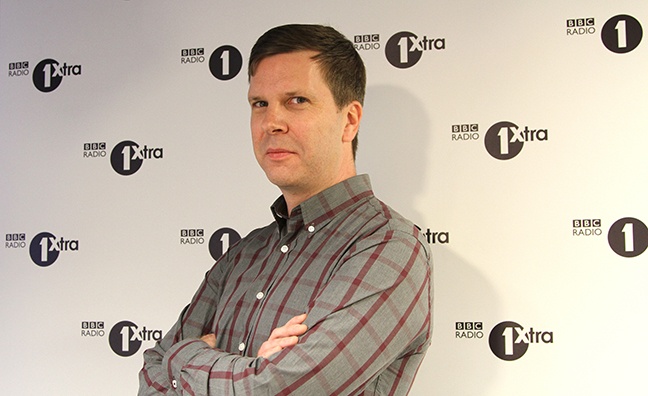 Chris Price, head of music at BBC Radio 1 and 1Xtra, has paid tribute to the station’s Brit List initiative as submissions open for its next intake.

In a new blog post, Price described the new music project as “a radio first” and said it offered “unprecedented and sustained playlist support for emerging, homegrown talent”.

Launched in January 2017, The Brit List commits to support new British artists prior to the release of their debut album over three singles, and Price pointed to the success of acts including Stormzy, Anne-Marie, The Amazons and former Music Week cover star J Hus as evidence of its traction.

The initiative attracted some criticism initially, and Price was moved to defend its first selection. Scrutiny of the Brit List coincided with Music Week analysis of breaking British acts making headway in the half-year albums chart for 2017.

The latest raft of Brit List artists, made up of Mabel, who starred on our cover in January, Isaac Gracie and Jorja Smith, was announced in December, and price said all three are “steadily growing” following performances at BBC Music’s Biggest Weekend festival. Smith’s Blue Lights is on the Radio 1 A List at the moment.

However, Price singled out Relentless-signed singer-songwriter Tom Walker – who featured on Music Week’s Class Of 2018 list and is enjoying the benefits of a Sony Bravia sync – for special praise.

“Like all Brit List alumni, Tom’s three-single playlist commitment included at least one A List,” he said. “Knowing that you have the long-term support of a major national network in your home territory is a powerful calling card to help build your story outside the BBC, which is exactly what Tom has done.

“His single Leave A Light On was added to the Radio 1 playlist for a second time last month and is now receiving widespread airplay across Europe. It will break the UK Top 15 this week and worldwide sales are set to break a million."

Price said that Walker’s international impact is “exactly the international artist development ambition we had [in mind] when Brit List was conceived”.

The deadline for submissions for the latest Brit List is 5pm on Friday, June 22.