'A unique talent': Tributes to Gang Of Four's Andy Gill 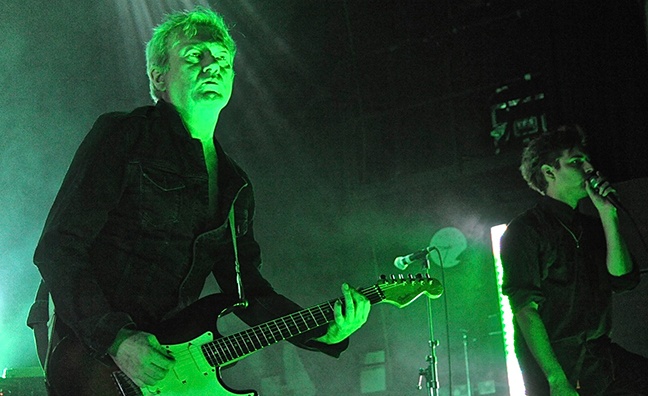 Fellow artists have paid tribute to Gang Of Four’s Andy Gill, who has died aged 64.

Gill was the founding member and guitarist of Gang Of Four, as well as a respected producer for acts including The Stranglers, Red Hot Chili Peppers and Killing Joke.

"Our great friend and supreme leader has died today,” the band announced online.

Gill had developed a respiratory illness, after finishing an Asian tour with Gang Of Four last year.

Gang Of Four’s 1979 debut album Entertainment! is cited as a major influence on bands ranging from Fugazi and Nirvana to LCD Soundsystem and Franz Ferdinand.

“The other day I was playing in LA and Tom Morello came in and sought me out backstage to give us his best,” Gill told Music Week in April 2019. “There’s a lot of recognition from bands, whether it was back in the old days like the Chili Peppers or now from St Vincent.”

The post-punk band were signed to EMI, though never quite cracked the Top 40 with singles or albums. They split in 1984 but reformed with various line-ups over the years, including Gill as the band’s mainstay.

Numerous artists have paid tribute, including Gary Numan, who described Gill as a “unique artist”.

Andy Gill, one of my favorite guitar players of all time has left us. Go listen to the Gang of Four album ENTERTAINMENT right now. Turn that shit up loud and rock the fuck out. Dance. Think. Thats a record that changed my life forever, and was massively influential on my development as a musician, and showed me what a rock band could be. There is nothing else like it. It cut a fucking hole right the thick LA smog that I wanted to jump through. After not being in touch for many years, Andy and I had spoken recently, and communicated a lot of over the last several months. I am shocked. Andy was one of my heroes, a man who inspired the shit out of Hillel, Anthony and I as youngsters; I was thrilled beyond belief when he agreed to produce our first album. May his beautiful soul be in bliss with the divine, I love you Andy.

Really bummed to hear of Andy Gill’s passing. He, and the rest of the Gang, changed how we attacked the live show, gave us a bar to try and rise to. And so much metallic volume...good bye to one of the best. R.I.P., Andy. #GangOfFour

“To have ambitions was my ambition...”

A formative record for me. Andy Gill was such a unique guitarist and songwriter. Farewell, sir. pic.twitter.com/85WFWi9qS5

So sad to hear about the passing of Andy Gill. Gang of Four were one of the best and working with Andy on our early singles and first album set us on our path. A true gent. Absolutely gutted.

It’s very sad to hear about Andy Gill from Gang Of Four passing away. Massively influential on me and many, a post-punk Wilko Johnson, and electrifying in performance. Love to all those left behind. https://t.co/ESffBmODpX