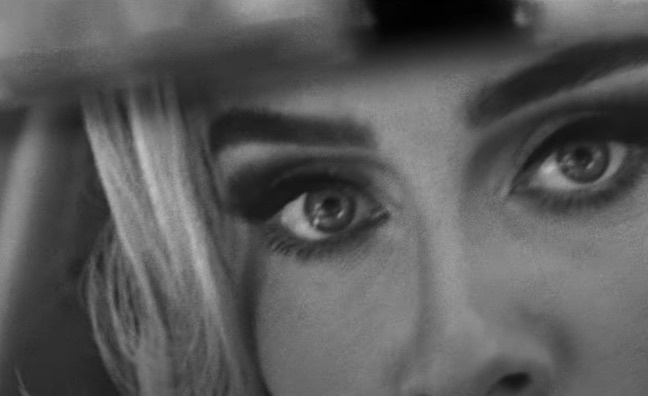 Adele has confirmed the release of her first new music in six years.

The singer posted a 21-second black-and-white clip on social media, featuring a piano introduction from the song Easy On Me. A tweet confirmed the October 15 release date.

The social media announcement follows speculation about the imminent release of Adele’s long-awaited fourth album. Posters and projections appeared around the world with the number 30, which is likely to be the title of the LP.

It means that the UK’s two biggest artists - Ed Sheeran and Adele - both appear to be releasing Q4 records.

Easy On Me - October 15 pic.twitter.com/7HRvxAfEqy

Previous Adele albums were released by XL Recordings in the UK and Columbia/Sony in the US. However, it’s expected that this release will be a global Sony campaign, following the three albums issued by XL.

Adele’s previous album, 25, was a global sales phenomenon. It has 3,697,841 UK sales, according to the Official Charts Company, and is the 14th best-selling album of all time.