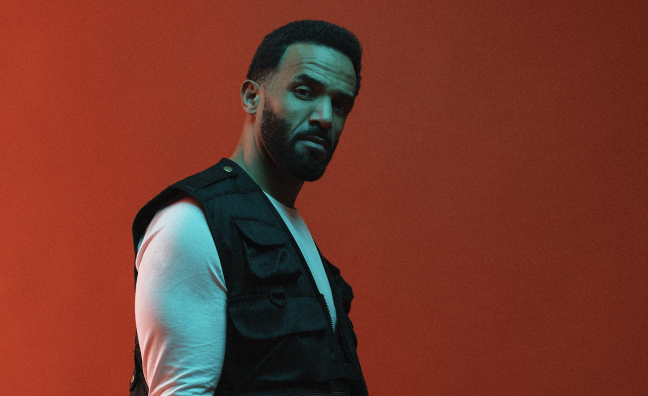 Craig David lives and breathes music. It takes barely a couple of minutes of his appearance at BBC Music Introducing Live for him to tell us that. Later, he says, “I was embodying music” during an enjoyable vignette about his days hustling to sell mixtapes in his local barbers in Southampton as a teenager.

There can’t be many more personable, relatable and enthusiastic artists around than Craig David. Even though he insists he’s “always learning at the same time as everyone else” the singer, who marks 20 years in business next year, admits that he can now “give advice with credibility”. And that’s precisely what he does for an hour, telling a packed room of aspiring artists how to navigate the peaks, troughs and pitfalls of making it big.

This hour-long session is laid on by Spotify For Artists, and it’s immediately clear that Craig would happily sit and chat way beyond the allotted time. When his mic is eventually cut after a few questions from the audience at the end, he hangs around to field questions from a scrum that gathers at the front of the stage. His grin is that of a lottery winner.

By now the story is familiar, Craig David blew up as a teenager, sold millions of records, moved to Miami and then began to lose his way amidst diminishing returns, eventually going back to basics and reemerging with his touring DJ roadshow TS5, and subsequently a No.1 album.

He moves through “honouring his truth”, “soul-searching” and an “epiphany” that came during a mildly tragic episode when his brand new Ferrari F40 wouldn’t start outside a Miami restaurant. The guy at the car garage advised him to open and close the door 20 times and turn the key in the ignition repeatedly to ‘reset’ the car. Obviously, he ended up being towed.

Colin Lester, his longtime manager comes up a few times (the pair starred on the cover of Music Week last January) and Craig looks back fondly. “I had time, I was able to create things at a pace that was natural to me,” he says, reflecting on an initial run of singles that went: Fill Me In, 7 Days, Walking Away, Rendezvous. When he says, “I sold 7 million records on the first album,” the disbelief of all those years ago is still detectable.

Biggest caveat to take away from today's @spotifyartists session with @CraigDavid has got to be "a VIP table is just a wooden table". Legend. pic.twitter.com/rjVESJ8wYq

Moments like this underline his enduring appeal. He’s still in the thick of things. Before Following My Intuition came out in 2016, he was working with a producer whose dad was once one of his backing singers. Their studio exchange speaks volumes: “When I was in the booth he said, ’Ooooohh Craig, you’ve still got it!’”.

The hordes milling about Tobacco Dock are all in this part of East London because of the pull of stories like this. The various rooms in this warren-like complex are full throughout the day. Emily Eavis tells Jo Whiley she’s booked two of the three headliners for Glastonbury’s 50th next year, adding that neither has played the festival before. Then there’s Music Week Tech Summit star and music biz wiz Cliff Fluet, predicting what the future holds for the business. The opening day wraps with Music Week’s own panel, a music-focused version of Question Time featuring a panel including new music nut Huw Stephens, 1Xtra’s Jamz Supernova. Decca A&R boss Rachel Holmberg and Somethin’ Else boss Jez Nelson.

But the best moment is surely when Craig David’s breakout Re-Rewind (The Crowd Say Bo Selecta) starts blaring from the speakers outside as the man himself is recounting his pop star meltdown in that Ferrari F40.