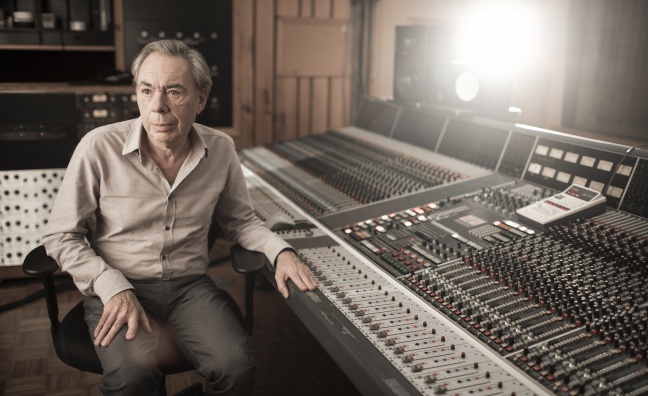 Lord Lloyd Webber (pictured), who has written some of the most iconic musicals of the past 50 years including Phantom Of The Opera and Joseph And The Amazing Technicolor Dreamcoat, has an estimated fortune of £820 million, up £80m on last year.

Last year's No.1 McCartney, whose wealth alongside wife Nancy Shevell has dipped from £820m to £750m over the past 12 months due to the US business owned by Shevell's family filing for bankruptcy in March, sits second in the 2019 list, which includes writers as well as performers.

Aided by the never-ending royalty stream from The Beatles back catalogue, McCartney is joined in the Top 10 by George Harrison’s wife and son, Olivia and Dhani, (No.7) with £250m and Sir Ringo Starr (No.8), who is worth £240m.

Meanwhile, Ed Sheeran is on course to challenge McCartney as the UK's wealthiest performer in the years to come after doubling his wealth in the past year to £160m, making him the richest young musician and placing him at joint 17th in the overall list.

Sheeran's mammoth ÷ world tour has also led to him taking Adele (£150m) for the first time. Adele, who is joint 22nd overall, remains the wealthiest female recording artist in the rankings.

The Top 40 have accumulated wealth of £7.721 billion, up £460m in a year. Only McCartney has seen a fall in wealth since last year, and even then not for musical reasons.

Robert Watts, the compiler of The Sunday Times Rich List, said: “A perfect year for Ed Sheeran has seen the flame-haired singer-songwriter earn more than any other musician has ever done in a year. Modest, hard-working and still only 28 we believe he has the potential to become the first British musician to reach billionaire status.

“Touring continues to be highly lucrative for the Rolling Stones and other long-established acts which have older fans able to pay more for tickets.

“The remaining members of Queen have earned well from the Bohemian Rhapsody biopic and savvy commercial deals that introduce their music to new generations.”

The 31st annual edition of The Sunday Times Rich List, which reveals the wealth of the 1,000 richest people in Britain, will be published this Sunday, May 12.