Artists and execs name the Greatest Songwriter Ever 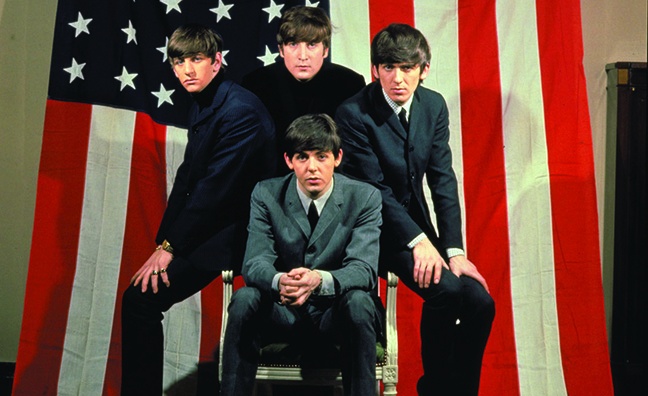 Ahead of today's Ivor Novello Awards, we asked a number of top artists and executives the big question: Who is the greatest songwriter of all-time? With consensus hard to find, here, we list the artists whose names cropped up multiple times...

“When me and my brother were babies, my dad used to play Yellow Submarine to send us off to sleep. Years later, we would listen to Sgt Pepper’s Lonely Hearts Club Band on long drives to the South of France for our summer holidays. They are undoubtedly the greatest songwriting duo to ever grace this planet.”

“It was October 1962 sitting in a coffee bar in Loughton, Essex that I first heard Love Me Do by The Beatles, written by Lennon and McCartney. Wow, what was that! It was the time of mindless pop in the UK and suddenly this song was followed quickly by Please Please Me. Throughout their short career as The Beatles, from She Loves You, to Sgt. Pepper’s and the ground breaking White Album, their extraordinary writing was way beyond their contemporaries.”

“I’d have to say Lennon & McCartney. Those were the best songs to me. I first heard The Beatles on Ed Sullivan. I was a little kid but it was galvanising. I made my mom go out and buy me Meet The Beatles. When I was seven or eight, I’d live to see who wrote songs on records, I was very aware of it. But when I listened to The Beatles I wasn’t listening technically, that was just osmosis. Yesterday is my go-to, or We Can Work It Out. But you know what’s crazy about The Beatles? That whole era was seven years. You have people now who haven’t put out an album in four years and it’s a shit album. The Beatles did Meet The Beatles and Rubber Soul and Revolver and Sgt Pepper’s and Let It Be or Abbey Road or The White Album. In seven years! And the artistic progression is stunning. That blows my mind.”

“Tapestry is one of my favourite albums of all time, it might be my favourite. Her music – her lyrics, the songs that she wrote – has stood the test of time. It’s not infrequent that I will say:  ‘Alexa, please play Tapestry’ because it takes me back 47 years ago, to being a teenager when the album came out.”

“I grew up listening to Tapestry. It’s an amazing record for people of all ages. I heard Too Late on the radio this morning and it reminded me of the depth and quality of her songwriting. If you look at her catalogue, I think she’s pretty unrivalled.”

“Carole King is probably who I come back to most of the time. If you do a play count in whichever format, from a tape to vinyl to CD, I’ve probably listened to Carole King songs more than I’ve listened to any other songwriter.”

“For me – and it’s probably most reflected in Tapestry – her ability to tell stories that both have global themes but are truly emotionally individual is something that I always look for. The ability to create emotion and her ability as a songwriter to also have a voice that’s so authentic to her songs, but isn’t the best voice you’ve ever heard, is really interesting. And the fact that she was a songwriter before she was an artist and the journey that she’s had; that’s why I choose her over a Joni Mitchell or a Dylan or a Springsteen. She really is a songwriter in essence.”

“I’m new to the music business but I am a music fan, I have quite a cross section of tastes. Some people will probably cringe when I say this, but my favourite songwriter is Gary Barlow. I like Gary himself, but it’s his work, the sheer variety of what he does. There is a picture in my office of me and him. People say, ‘Did you meet him?’ And I have to say ‘No!’ When I left my last business, they super-imposed me on a picture of him!”

“Gary Barlow. This year as we celebrate 25 years of one of Britain’s greatest-ever bands, you look back at Take That’s catalogue and it’s chock full of some of the most unbelievable records you will ever hear. When I look into their music, you hear that Gary wrote A Million Love songs when he was, like, 18 years old or something, and you think, ‘How does someone write a song that good, that young?’ And I don’t think that he often gets the credit he deserves as one of the best songwriters this country’s ever produced. He consistently writes world-class songs. He’ll constantly surprise you. He’ll constantly deliver some of the greatest songs you’ll ever hear – the touching soundtrack to so many peoples’ lives. There’s a reason why Take That still sell millions of tickets when they tour, because these songs have touched and changed and helped so many people. That’s why I think he is one of the greatest songwriters of all-time.”

“Often when I listen to music, it’s the melody, beat and hook that pull me in, however Stevie Wonder’s lyrics always captured me with his storytelling narrative married beautifully with his impressive musicality. For me, he was one of the first artists/writers that made music really feel like an immersive experience.”

“It’s either Smokey Robinson or Stevie Wonder. Smokey Robinson, nobody can put it better than Bob Dylan: ‘The greatest living poet’ – absolutely extraordinary. Stevie Wonder… How do you write the line ‘Heaven help the roses if the bombs begin to fall’ when you can’t see? How do you create that visual image? It’s unbelievable. The most outrageously talented writer in every genre, of everything from barnstorming dancefloor funk classics to sweet, light-as-air pop songs. We can do everything. I’m probably going to have to go with Stevie.”

The current issue of Music Week is a Hitmakers special. Click here to read our brand new research revealing the number of writing credits on the UK’s biggest hits has continued to soar.