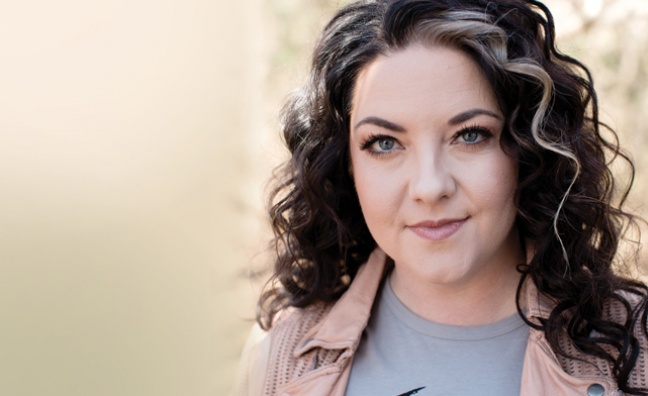 In the new edition of Music Week, we take an in-depth look at the world of country music as C2C Festival returns to our shores. On the cover we have headliner Luke Combs, plus there’s a deep dive into country streaming, songwriting secrets from legendary hitmaker Liz Rose and much more besides.

As part of our extensive coverage, we speak to Ashley McBryde – one of modern country’s most important new voices. In 2018, McBryde released her major label debut Girl Going Nowhere via Warner, a “life-changing record” that earned her New Artist Of The Year at the CMA Awards and two Grammy nods, as well as the chance to cross the Atlantic for C2C for what proved to be a show-stealing performance.

Ahead of the release of her eagerly-anticipated follow-up Never Will on April 3, McBryde talked about dealing with pressure, the candid nature of her new material and many of the obstacles she faced in her early career.

“People close to me that I worked with on a daily basis were saying, ‘You should be running twice a day,’” McBryde told Music Week. “If I had time to run twice a day I still wouldn’t, because I hate to run. Of course, I want to be healthy, but at the time I wasn’t any bigger than a twig anyway and they were still trying to have me lose X amount of weight, because, ‘If we’re going to take photos, the camera’s going to put that weight back.’ And, ‘We love your curly hair, but it’s too curly – can we put our own curls in?’ I was like, ‘OK, I’ll try anything.’”

Also in the feature, McBryde shares her thoughts on a subject already well-documented by Music Week in our interviews with Kacey Musgraves, Maren Morris and Carrie Underwood: the double standards and lack of equality in country music, particularly as it pertains to radio play.

“When I first started doing a radio tour, I thought about the horror stories about the imbalance and was like, ‘Surely it’s not that bad? It can’t be that bad!’ said McBryde. “It is definitely that bad. It’s: ‘If you have a beard and a ball cap, here’s your record deal, here’s your No.1 – if you don’t, we’re barely going to recognise you even have a voice.’ The things that need to happen for change are happening: there are stations in the States that have committed, in small chunks of time, to equal play between male and female artists for a week or two weeks. One of the theories over here is that women don’t want to listen to women on country radio, which is asinine. Really, the only solution for somebody like me is, again, don’t listen to the background noise, write songs that you believe in and perform them in an infectious way that brings people to the show. And, radio or not, they come.”

Here, in an unread extract from our interview, McBryde takes us further inside her journey from independent artist to a global superstar in waiting…

You self-released your first two albums. What did you learn from that experience?

“If if I had to do it again, I definitely would. I didn't know what the hell I was doing, I didn't know how to be in the studio, how to write a chart properly for a song. I had all these tracks I wanted to record and I didn’t know how to select them with some sort of strategy. I didn't know how to go into a studio for eight hours and re-sing the same damn song 15 times. I’m really glad I did it because I got to learn it in my own way, and I got to learn from musicians that have been in the studio for forever and ever and ever and ever. During the Elsebound record [McBryde’s second independent album, released in 2011], it was me just learning. And also during that process, in 2010 and 2011, I had a really bad vocal cord injury and wound up having to go in the studio the night before surgery we recorded all the vocals for the record. Honestly, I think the universe put that record in my path so that when I eventually had to have surgery, that record was at least done. And then we go to make [2016 EP] Jalopies & Expensive Guitars, and it was a lot of fun to walk in and know how to read a chart and I knew how to do something different vocally more than I did before, so if I sing something six times, I'll change something every time. I had to learn that on my own, but now I know how to do that, it made recording sessions so much easier.”

Nowadays, obviously, you're signed to a major label. How prepared were you for the business side of being an artist? How have you grown into that side of things?

“Making decisions based on money and budget and all that is really not my forte, but I do think doing it by myself for so many years helped me on the business end. I had a little cash book where I would write what bar it was I played, how much I made an hour, how much in tips, how much it cost in gas, how much the hotel cost me. I would look at the end of that ledger and go, ‘So, in reality, I made $48 last night’. Not too long ago, my business manager sent me a photo of that cash book and said they were keeping it [as a reminder], saying, ‘Two and a half years ago you were writing in this thing!’”

When I first started doing a radio tour, I thought about the horror stories about the imbalance and was like, ‘Surely it can’t be that bad!’ It is definitely that bad...

Speaking of big leaps, the first time you came over for C2C 2018 was also your first time abroad. What was your first impression of the country scene in the UK?

“Luckily, I had talked to some other artists that had already toured over there and they were like, ‘You’re not going to believe how crazy rabid these fans are and how frickin’ wonderful they are’. I wasn’t all the way prepared, but at least I had an idea of what it was going to be like. Over here we're so saturated all the time with every type of music, but over there they don’t have a radio that’s going to shove all this down their throat all the time. They have curated, chosen songs. They’re not being inundated with all the fake stuff all the time. If you're willing to come spend the time and the money to get over here and be with these fans, you’ll get to be with these fans for the rest of their lives. That's what I was told. I have to take a year off C2C which is sad, but we’ll be back!”

So what are your global aspirations as an artist?

“We got to go to Australia one time and I would love to go back and stay longer. But when it comes to us being in the UK, the first time I went over was for five days, the second was 12 shows, and the next time was for our own tour. This time we’re going to stay for 15 or 16 days and I would love to see that turn into an entire month so that at some point during the year, I go, ‘It’s almost time to get out of America for a whole month?’ I love touring in the States, but there’s so many things I haven’t got to see yet over there.”