...Baby One More Time at 20: The inside story of Britney Spears' classic debut single 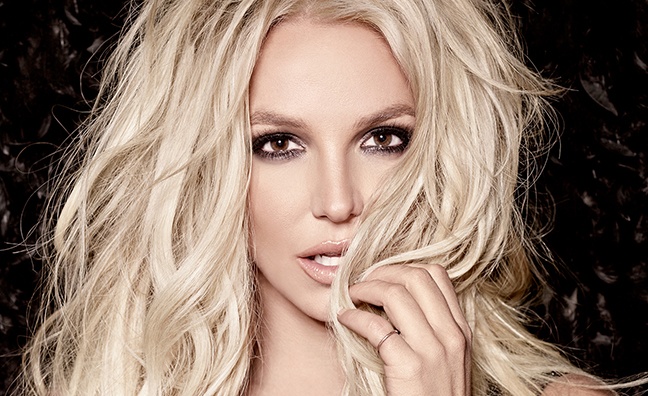 Across nine albums and 42 singles, Britney Spears has racked up some of the most defining and inimitable pop songs of all time. And today (October 23) marks the 20th birthday of the release of the song that kick-started it all: her debut single ...Baby One More Time. Here, elite songwriter Rami Yacoub, who produced ...Baby One More Time with Max Martin and would go on to co-write other huge Britney singles, including Oops!... I Did It Again recalls the making of the song that created a global pop superstar...

Where were you at in your life when you first started working with Britney?
Rami Yacoub: “I had started my own production company maybe three years prior to the Britney era. We made a lot of remixes in the beginning that barely paid the rent, but we eventually made a few hits with an American artist called Lutricia McNeal. They never stretched across the European border, but it was rather successful and gave us some breathing room. Me and my partner were childhood friends and we played every day after school, started a band and then eventually became producers and songwriters. We felt that it was time to grow apart after such a long time together, and I started looking for other opportunities. Me and Max [Martin] had a mutual friend that got me a meeting with him. I played him some of my jams, including a few up-tempo songs that I basically had ripped off from the Cheiron sound just to impress him (Laughs). He respected the effort and liked what he heard... But I also had a huge song on the charts at that moment, so that helped a lot. Denniz Pop, Max’s mentor, and essentially the whole team’s, was sadly sick with cancer and had taken a step back in effort to get better, so Max was looking for a partner. They were obviously very big shoes to fill. I never did and no-one ever could, but I tried my best and so did the whole team in Denniz’s spirit after he passed. May he rest in peace.”

When it came to producing ...Baby One More Time, did you know you were working on a huge hit?
“Honestly, you never know. You can only do the best you can on each song and leave no stone unturned. We work on each song almost surgically, but there are so many emotions going through you when writing a song: love, hate, blood, tears, joy, you name it... So the simple answer is no, we didn't know it would be a hit.”

What did you learn about songwriting from working on ...Baby One More Time with Max?
“It’s not something you really learn from one person or one song, it was our first, ‘Let’s try to make this song and see if we click’ (laughs). I guess we did... But, throughout the years, Max mentored me and we learned from each other. I couldn’t have asked for a better teacher than him.”

Britney deserves to be where she is, she is a diamond

How did Britney deal with being in a studio for the first time?
“This is a very long time ago... Wow, I feel old. She was so young, but she was very professional and never complained. We would record for hours and hours, and she never so much as asked for anything. She deserves to be where she is at. She is a diamond. Britney’s voice has so much character, it's fragile and she sounds human, if that makes sense? Not intimidating, but inviting. There are many mind-blowing singers, and Britney might not be up there with them, but she has a far better asset, which is the character in her voice. That’s far more important.”

Why do you think the song had the impact it did?
“Well, a lot of things. The melodies were on point, the production was raw, simple and different, but it didn't take over. It was just holding the song’s hand. A production should always support the song not overshadow it. And then, on top of it all: Britney. Who knew that little kid was a beast? She is smart and she has been part of a lot of decisions that led her to be the queen of pop.”

Incredibly, the song is 20 years old this year. What has Britney’s contribution to pop music been?
“Yeah, that's pretty amazing. A lot of artists contribute to pop, but a few with such impact. If pop was a big old oak tree, she is definitely part of those roots.”

You’d go on to write a number of classic pop songs together. What’s special about you, Max Martin and Britney’s chemistry in the studio?
“I don't know, we just clicked. I mean, me and Max were goofballs – easy to get along with, and she felt safe. You fill a room with people that love and respect each other and, most importantly have fun, some good shit will come out of there.”

To celebrate the 20th anniversary of Britney Spears’ debut, Deezer have revealed the nation's favourite Britney songs, according to UK user data. The 2004 single Toxic was revealed as the nation's favourite Britney track, clocking up more streams on Deezer this year than any other Britney track, fourteen years after its original release. It is followed by Britney's ...Baby One More Time.

The data deep dive also revealed that many of Britney’s current fans weren't born when her first single was released. Just over a quarter (28%) of those streaming Britney tracks in 2018 were aged 18-24, whilst the majority of her fan base that were aged between 6-15 when she broke onto the scene and are now between 26-35, make up 33% of Britney’s stream data on Deezer.

Dom Wallace, global pop editor at Deezer, said: “Who can believe it's been twenty years since Britney Spears released smash hit ‘Baby One More Time’? To celebrate her anniversary as well as her continued success as a global superstar we've curated a 100% Britney Spears playlist, so music fans can relive all of her biggest tracks of the past twenty years.”

You can see the list of the Top 10  most streamed Britney Songs in 2018 on Deezer below:

Last week, Britney Spears announced she will launch her new residency, Britney: Domination, at Las Vegas' Park Theater at the new Park MGM resort in February 2019. The event is being organied by MGM Resorts International and Live Nation in partnership with Citi.