Rami Yacoub on writing pop classics, melodic math and his quest for the perfect studio sound 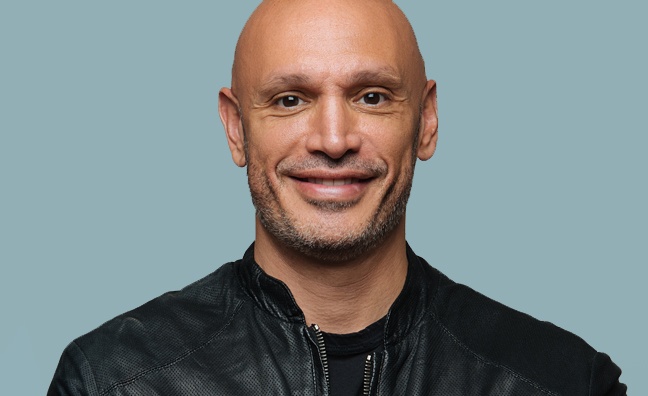 In the current issue of Music Week, songwriter extraordinaire Rami Yacoub reflects on his incredible career so far. From Britney Spears’ …Baby One More Time to Lady Gaga & Ariana Grande’s Rain On Me, many of pop’s biggest hits bear his name in their credits.

In the latest instalment of our Aftershow feature, the Grammy-winning songwriting genius talks heavy metal, One Direction, mastering ‘melodic math’ and recalls the creative whirlwind of working with Max Martin on hit after hit for Britney, Backstreet Boys and *NSYNC...

“We did ...Baby One More Time and then kept working on Britney’s album and on Backstreet Boys,” recalled Yacoub. “...Baby was my first worldwide hit and I didn’t even know it was No.1 in the US until Max told me. I was like, ‘Oh really, when?’ and he said, ‘Three weeks ago!’ That says it all. We were all young kids in this Cheiron bubble. We’d do a Britney record, an *NSYNC record, a Backstreet record and by the time the Backstreet Boys album was over, we’d go back to the next Britney record on a loop. When we were working on Britney, Max would sometimes call me at three in the morning about a chord change and I’d be like, ‘Dude, I don’t understand what you’re talking about, I’m sleeping!’ When I go home, I shut off. If I have a problem with a song, I know it’s going to work itself out.”

On top of being a Grammy-winning songwriter, Yacoub is also passionately involved in spreading the gospel of high quality audio. He has recently aligned himself with Swedish sound pioneer Dirac Live – a room correction system that seeks to minimise a room’s impact on sound and ensures the best possible acoustics.

“Dirac just blew me away,” he told Music Week. “Basically, to build the perfect studio is pretty impossible, right? If you had a perfect, perfect studio that costs millions of dollars – you sit in front of the computer and it sounds very true, and how it's supposed to be, and then you take a step back to the left corner, and it sounds exactly the same. But that's not the case in most studios, unless you move a little bit to the left, or you're sitting next to somebody there’s, say, way too much bass. It's so annoying. Dirac really simulates you being in a perfect studio so, wherever you're sitting, it's unbelievable! It doesn't require super-expensive equipment or treatments and it really helps the mixing process because it allows you to hear things more clearly because it delivers a true sound, which will make you do a better mix.”

Yacoub is excited about the potential it unlocks for hitmakers going forward and went on to explain the difference its made to his recent writing.

“When I write songs, I always have a melody in my head and I always need to do a small production on it,” Yacoub continued. “So, I use Dirac everyday, it’s always present because I want to sound as good as possible. Before I had it, I had to run around different studios in my car and try it on different speakers just to see what it sounds like. But now I'm just very confident that it is a true sound and an honest sound. So I would say that I've been using it for the last couple years on everything that I've been doing. It doesn't matter what studio you're working in, you really hear that sound you're trying to achieve.”

On the topic of songwriting, Yacoub also spoke about the melodic math – a codified list of songwriting rules – that is behind many of his biggest hits.

“We never start writing by implementing the melodic math, we just write melodies that come to our head," he explained. "But when something doesn’t feel right, it’s always good to have it in your pocket. You can pull out that little notebook in your head and say, ‘We’re actually using a lot of the chorus notes in the verse, what if we do this instead?’ Sometimes the chorus doesn’t feel right, but it might not be the chorus’ fault, it might be the pre-chorus not setting it up correctly. Some people write songs by the math, but it feels very forced. The key is if you can write by the math and leave no stone unturned, but it still feels like you wrote it in 15 minutes.”