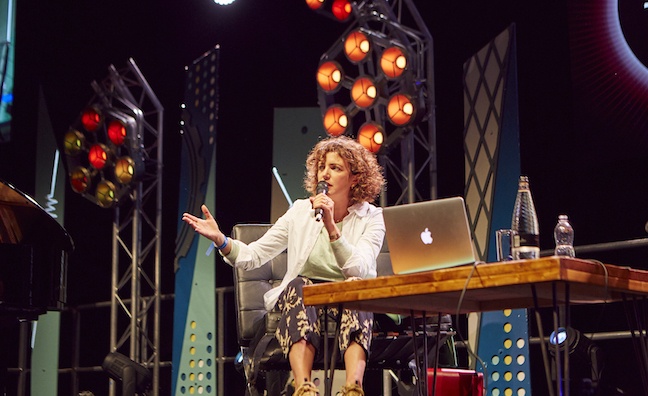 More than 11,000 people attended the first event, which was staged by SME London and coincided with the 10th anniversary of BBC Music Introducing.

“Longer term we will look to increase the number of days,” Tim Etchells, managing director of SME London, told Music Week. There are also plans to move the event around the country.

The line-up of panels and talks covered everything from grime, A&R, running a label and women in music. Artists involved included Blossoms, The Courteeners, Hurts, Frank Carter, Becky Hill, Bugzy Malone, The Hunna and Ray Blk.

“Trying to create events like this for new musicians is really challenging and no one’s really done it before,” said Etchells. “I think the combination of the format of the event and having the BBC Introducing brand was what made it work.

“There’s a huge raft of aspirational musicians who just want to come and learn and talk to people and listen. It was really interesting watching people like Jamie Cullum giving tips on how to write lyrics, and watching Mel C on a Sunday afternoon talk to 900 people about her journey in life and passion for music, and seeing the enthusiasm from the audience.”

He praised BBC director of music Bob Shennan who “got the concept from day one”. SME has a long-term licence with the BBC.

Etchells added that grime “will continue to grow” at future editions.

“I think more talent will want to get involved and it will just build, there is a clear gap in the market for an event for aspirational musicians,” he said.

This year’s edition is being lined up for October 19-21 at the ExCel.