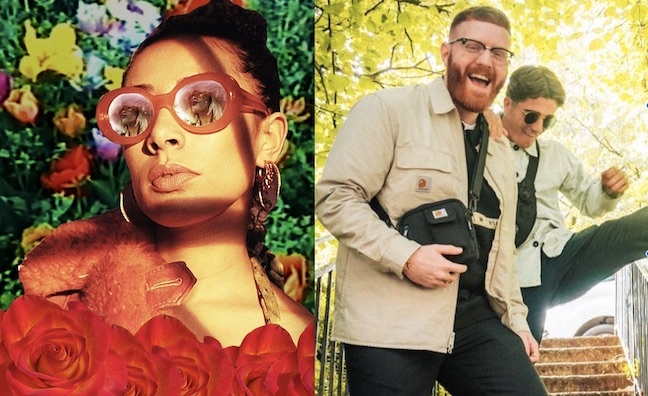 Following Music Week’s analysis of the genre’s impact so far this year in our latest issue, the BPI has now confirmed the extent of dance music’s chart penetration

As a genre, dance music has claimed more than a quarter of the hits that have made the Official Singles Chart Top 10 in 2022, according to analysis of Official Charts Company data by the BPI.

Underpinning the strength of the domestic dance music scene, more than half of these dance hits are by or feature UK artists, made up of a mix of breakthrough talent such as LF System, Eliza Rose and Bad Boy Chiller Crew, as well as established stars including Calum Scott, Calvin Harris, Ella Henderson, Jax Jones, MNEK and Becky Hill.

LF System’s first ever hit Afraid To Feel, which features Louise Clare Marshall on vocals, spent eight consecutive weeks at No. 1 over the summer before being succeeded by Eliza Rose with B.O.T.A. (Baddest Of Them All). In one week in August, Afraid To Feel and B.O.T.A. headed a top five also including Break My Soul by Beyonce and Crazy What Love Can Do by DJ David Guetta, Becky Hill and Ella Henderson. It marked the first time in six years that dance tracks had occupied four of the Official Singles Chart’s top five places.

Afraid To Feel is one of nine dance tracks that has already generated more than 50 million audio streams in the UK this year, according to Official Charts Company data, a list headed by Where Are You Now by Lost Frequencies and Calum Scott and also including Make Me Feel Good by Belters Only ft Jazzy and Where Did You Go by Jax Jones ft MNEK.

Eliza Rose’s climb to No. 1 followed B.O.T.A. becoming a viral hit on TikTok and made her the first female DJ to reach the top of the Official Singles Chart since Sonique with It Feels So Good in 2000.

Rose’s success highlights the leading role female talent is playing in dance music’s rising popularity with half of the dance tracks making the Top 10 this year by or featuring women artists. These include homegrown talent such as Becky Hill and Ella Henderson, who were both part of Crazy What Love Can Do with David Guetta, while Henderson also scored a Top 10 hit with 21 Reasons alongside Nathan Dawe.

They have been joined by a number of international female artists, led by Beyonce whose Break My Soul climbed to No. 2 in August to give the US superstar her highest-charting single in the UK since 2008. Bebe Rexha scored her first UK chart-topper in September as the featured vocalist on David Guetta’s I’m Good (Blue), Halsey was part of the Top 10 hit Stay With Me with Calvin Harris, Justin Timberlake and Pharrell Williams, and Irish singer Jazzy has scored one of the year’s biggest hits with Make Me Feel Good alongside electronic collective Belters Only.

The genre has been embraced this year by global superstars such as Beyonce and Drake releasing dance-oriented albums.

Geoff Taylor, chief executive BPI, BRIT Awards & Mercury Prize, said: “Britain has always excelled at dance music, so it’s gratifying that the genre’s renaissance is powered in part by homegrown talent, including breakthrough artists LF System and Eliza Rose, who have both spent multiple weeks at No. 1 on the Official Singles Chart this year. It’s fascinating to see how other genres such as hip-hop and pop are morphing into dance and to see dance music being embraced by global superstars including Drake and Beyonce.”

Subscribers can read Music Week’s analysis of dance music in the latest issue here. And our interview with Eliza Rose is here.

1. Lost Frequencies & Calum Scott – Where Are You Now

5. Luude ft Colin Hay – Down Under

9. Eliza Rose & Interplanetary Criminal – B.O.T.A. (Baddest Of Them All)