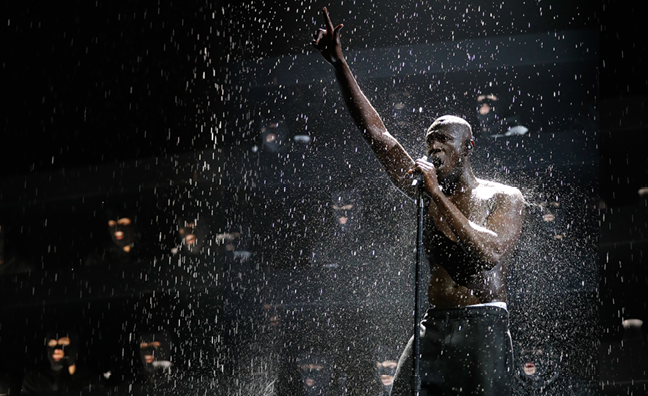 Warner Chappell head of A&R Amber Davis has praised Stormzy's Heavy Is The Head as "an incredible body of work" as the MC bids to claim the BRITs Best British Album award for the second time in three years tonight.

Released in December, the chart-topping record has sold 180,505 units to date, according to the Official Charts Company, and spawned the No.1 singles Vossi Bop and Own It.

"I think it’s an incredible body of work," said Davis, speaking in this week's BRITs special issue of Music Week. "Stormzy is an exceptional songwriter covering a breadth of all subject matters on HITH using intelligent, current, witty word play in a way which he seems to do so effortlessly and naturally.

"I thought the artwork on [debut LP] Gang Signs & Prayer was iconic and I love that he managed to create yet another legacy album cover! What the #Merky team have done with this album is inspiring and impressive."

Stormzy won two awards at the 2018 BRITs, for Best British Album and Best British Male, prior to performing a memorable show-closing set.

"It highlighted the star that Stormzy is and the extreme gravitas of what he stands for musically and beyond," said Davis. "It’s not every artist that gets to appear on the front cover of Time Magazine having just released one album.

Heavy Is The Head is vying for the BRITs honour with Lewis Capaldi's Divinely Uninspired To A Hellish Extent, Dave's Psychodrama, Kiwanuka by Michael Kiwanuka and Harry Styles' Fine Line.

Davis added that she was keeping her fingers crossed for Stormzy at tonight's ceremony, where the 26-year-old  is also up for Best British Male and Best British Single (for Vossi Bop).

"I’m definitely putting my positive energy out there and feeling very optimistic," she said. "Three BRIT nominations, a No1 album, a performance on the night and a mind blowing headline set on The Pyramid Stage at Glastonbury..however you can never be sure with these things!"