Catfish And The Bottlemen drop single ahead of arena shows 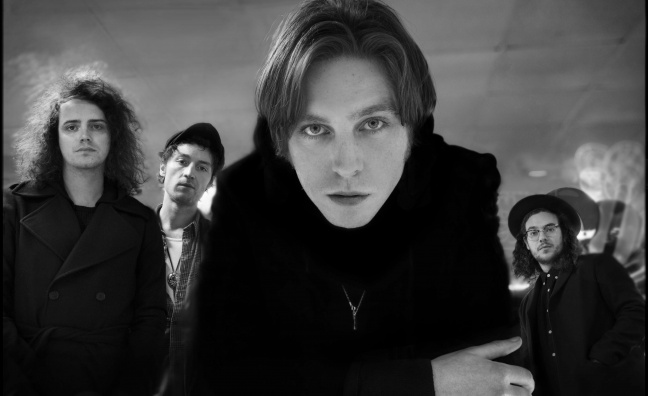 Catfish And The Bottlemen have dropped new track Longshot, the lead single from their third album.

The follow-up to their 2016 No.1 album The Ride (Island) is expected in the spring. The band moved from Communion to Island for their sophomore release, though remain with the independent for publishing.

Longshot doesn’t stray too far from their indie-rock roots, which suggests the BRIT-winning band haven’t been deterred by guitar music’s lack of chart impact in recent years.

According to Official Charts Company data, Catfish And The Bottlemen are one of the few young rock acts to secure a streaming base.

While the band have never had a single in the Top 75, several tracks have attained silver and gold status thanks to streaming. Kathleen, which was released in 2014 and peaked at No.110, has sales to date of 445,111, including sales-equivalent streams of 393,443.

Longshot has been released with an accompanying video ahead of next month’s brief arena jaunt, including several sold-out dates and a show at SSE Arena, Wembley (February 22).

Catfish And The Bottlemen have also announced their first US dates since supporting Green Day in stadiums in 2017. The 15-date tour launches at Indianapolis, Egyptian Rooms on March 12 and concludes at Brooklyn, Steel on April 3.