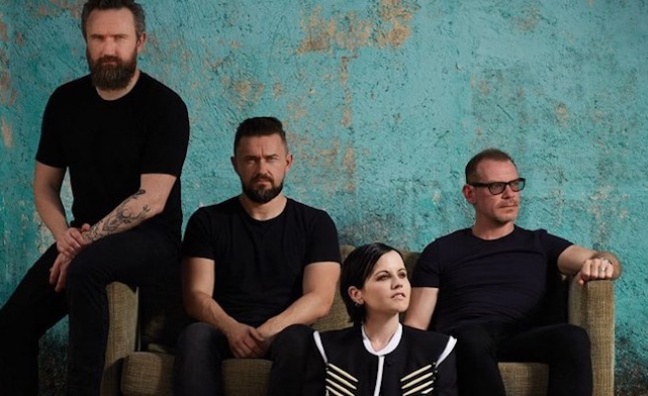 A representative for The Cranberries singer Dolores O'Riordan confirmed on January 15 that the star passed away suddenly while recording in London. A cause of death has yet to be established.

A statement issued by Lindsey Holmes Publicity read: "Irish and international singer Dolores O’Riordan has died suddenly in London today. She was 46 years old. The lead singer with the Irish band The Cranberries, was in London for a short recording session. No further details are available at this time. Family members are devastated to hear the breaking news and have requested privacy at this very difficult time.”

As well as being the voice of The Cranberries – whose 1993 release Everybody Else Is Doing It, So Why Can't We? went double platinum and 1994 outing No Need To Argue went triple platinum - O'Riordan was also a solo artist and appeared as a judge on RTÉ's The Voice of Ireland. The Cranberries made headlines again recently following Eminem’s decision to sample their hit 1994 single Zombie on his new song In Your Head.

In 2017 the band released Something Else, their first album in five years, through BMG.

Alistair Norbury, BMG EVP international artists, said: “This is desperately sad news. We are in total shock. Dolores was a great artist and songwriter. All our sympathies are with her family and the rest of the band.”

At the time of her death, O’Riordan was signed to Warner/Chappell.

Mike Smith, managing director at Warner/Chappell said: “I’m shocked and saddened to hear of the sudden passing of Dolores O’Riordan. She was an amazing talent and gifted songwriter whose music touched a generation. My thoughts are with her family and friends at this very difficult time.”

Further tributes from across the music industry have started to pour in.

We are devastated on the passing of our friend Dolores. She was an extraordinary talent and we feel very privileged to have been part of her life from 1989 when we started the Cranberries. The world has lost a true artist today.
Noel, Mike and Fergal

favorite Cranberries song. have never not cried while listening so... here we go. #np “i will always go beside you, you will always understand it.” #restinpeace pic.twitter.com/yw5Uq1nglM

“We are shocked and saddened at the news of Dolores’s passing, mere hours before she was to record vocals on our upcoming version of Zombie”.
Link below for full statement. https://t.co/CQUQODDXbV

One of my fondest memories of the last few years was playing a BC show on the rooftop of a hotel in Cabo and then crashing the house bands set with “Zombie” while Payton Manning was hanging in the audience (lol) RIP Dolores, your voice always got me good ???? pic.twitter.com/WoeGhM8zCt

Devastated and shocked to hear about the terribly sad passing of Dolores O'Riordan. Love and respect from all at Island pic.twitter.com/q3yYHPRkgR

We are crushed to hear the news about the passing of Dolores O’Riordan. Our thoughts go out to her family at this terrible time. https://t.co/6p20QD2Ii5 pic.twitter.com/vXscj0VGHS

My first time hearing Dolores O'Riordan's voice was unforgettable. It threw into question what a voice could sound like in that context of Rock. I'd never heard somebody use their instrument in that way. Shocked and saddened to hear of her passing, thoughts are with her family.

I'm sad to hear of the passing of Dolores O'Riordan RIP.

The @PresidentIRL Micahel D Higgins says: "To all those who follow and support Irish music, Irish musicians and the performing arts her death will be a big loss." #DoloresORiordan #Cranberries

Absolutely shocked to hear about the passing of Dolores O'Riordan! @The_Cranberries gave us our first big support when we toured with them around France years ago! Thoughts are with her family and friends

forever & ever & ever, thank you Dolores O'Riordan for this eternal song that has made many fraught moments feel a little more bearable https://t.co/844PIJuJNX

The voice of @The_Cranberries has left us.
Rest in peace, Dolores O'Riordan. ???? pic.twitter.com/to9WH2OhN8