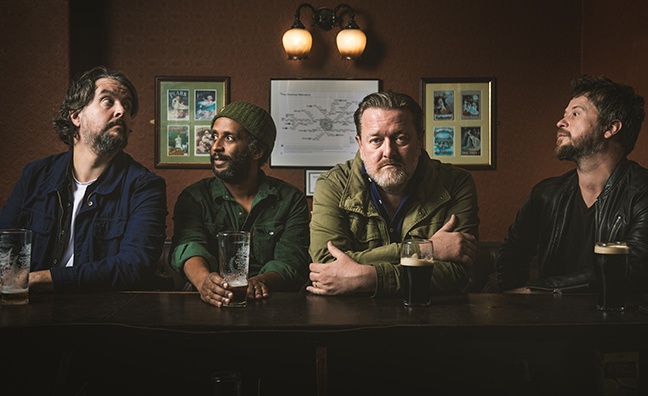 To mark National Album Day, Elbow have announced a special limited edition release of their upcoming album Giants Of All Sizes as one single track.

Alongside Mark Ronson, Mahalia and Lewis Capaldi, the band are ambassadors for the second annual National Album Day, which takes place on October 12.

To celebrate, they will release the ‘Don’t Skip’ CD edition of the album, which will be available in stores and online on October 12 only.

“This is a limited edition version of the entire album in one continuous track from start to finish,” said the band in a statement. “Enjoy it the way it was meant to be listened to.”

Enjoy it the way it was meant to be listened to

The CD will be on sale in HMV, Amazon and independent record shops as well as online.

Elbow’s lead singer Guy Garvey said the album is “an angry, old blue lament which finds its salvation in family, friends, the band and new life”.

Giants Of All Sizes was recorded at Hamburg’s Clouds Hill Studio, The Dairy in Brixton, 604 Studios in Vancouver and Blueprint Studios in Salford with additional recording taking place at the band members’ home studios in Manchester. Keyboard player Craig Potter produced and mixed the record, which is released on all formats on October 11. Elbow tour the UK next year.

Read an interview with Garvey – along with BPI boss Geoff Taylor, ERA chief executive Kim Bayley and BBC Music’s Rachel Davies – in the new edition of Music Week, out now.