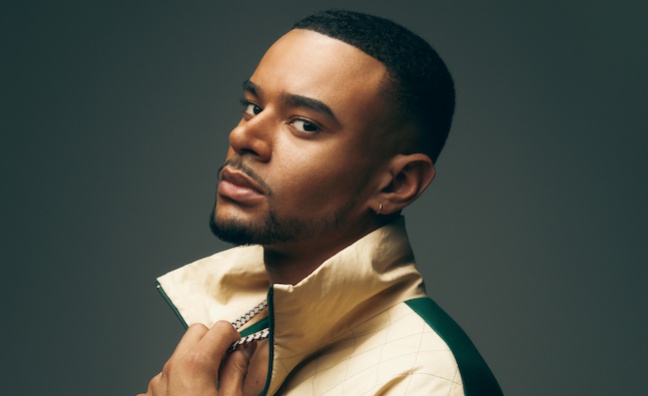 Wes Nelson is making an impact in Europe with his latest single.

Nice To Meet Ya (feat. Yxng Bane) is once again in the Music Moves Europe Talent Chart Top 10. As well as being a hit in Germany, the single made the UK Top 40 and amassed 172,157 sales (Official Charts Company) earlier this summer.

Wes Nelson, who appeared in the 2018 series of Love Island, has 1.6 million followers on Instagram.

His latest chart appearance is as a featured artist on the Clean Bandit & Topic single Drive (Atlantic/EMI), which climbed to No.33 in its fourth chart week (34,670 sales to date). The biggest hit to date is his Hardy Caprio collaboration See Nobody, which peaked at No.3 last year (579,258).

What's driving the success of Nice To Meet Ya across Europe?

Michaela Brown: “His sound is extremely versatile and unique. He perfectly straddles the UK rap music that dominates the charts here, whilst also bringing melodic, sing-along hooks with R&B influences that make the records accessible globally. His lyrical content is very relatable and his punchlines are memorable, plus his personality and content are infectious no matter where his audience is.

“He is always thinking about his formula from a global perspective - he sang in French in Nice To Meet Ya and is currently learning Spanish for an upcoming record. His ambition is next to none and that’s what sets him apart. A mix of TikTok and Instagram Reels have played a big part in putting Wes’ records on the map in Europe, and we’ve maximised on the trends that emerged and acted on them. For example, when NTMY went viral on TikTok and charted Top 10 in Germany, Wes collaborated with German superstar Loredana for a local remix which rocketed the record into the Top 5 there.”

How has EMI built his career across single releases?

Mike Rivalland: “We’ve been focusing very much on the areas where Wes naturally excels– social platforms, content creation, and winning fans with his infectious personality and authenticity. We’ve taken a digital forward approach to build on his audience and reach as many new audiences as possible, whilst also taking the time to prove to tastemakers and gatekeepers at media that he is a credible artist and supremely talented musician. We’ve have had lots of success already but we’re also taking a long-term approach where the music will do the talking – he is getting better and better as a writer, singer, and performer, and this is borne out in the level of collaborations in the pipeline, and size of some of the records to come!”

How has Wes Nelson engaged with TikTok to help his UK campaign to date?

MB: “TikTok has been part of Wes’ business infrastructure since the beginning. No one knows his audience like he does, he has so much personality and endless amounts of positivity to share with the masses. He’s been in the mindset of an artist for much longer than people would expect, constantly watching what other artists are doing to build music focused fanbases on the platform and slowly adopting a few learnings. When we came with See Nobody, it was the height of lockdown and we knew we wanted to just bring a trend and sound that anyone and everyone can get involved with, bringing fun and enjoyment to peoples lives.

“Key Influencers Olivia Neill, Flossie and Lewys launched the official See Nobody trend, which then escalated into a dance battle between supermarket workers and NHS key workers. As we approach the one-year anniversary of See Nobody, we have a fan activation planned which gives back to the key fans who played a part in the virality of the dance. Wes supporting all of the best performing content with duets was the key to our content strategy on Wes’ page, it made fans feel like they were going to get noticed by Wes and therefore encouraged more video creations.

“Our hero moment since the launch of See Nobody and NTMY was launching the first UK artist’s TikTok House in London featuring some of the biggest creators in the country. This is an activation we built to be able to tour internationally, setting up various content houses around the world to allow Wes to collaborate with local creators. TikTok’s support on Wes’ career thus far has had a huge impact and been one of the biggest factors in the success of him on the platform. Between playlisting and banner support on See Nobody all the way to one of the first preview campaigns for NTMY, which resulted in nearly 100,000 organic video creations in a week ahead of release, they were there every step of the way.”

What are your hopes for Drive, on which Wes Nelson features?

MR: “The Clean Bandit and Topic collaboration is all about audience building for Wes. It’s a different sound, showing off his versatility, and it sits perfectly in new areas for Wes, namely A list at Capital FM, in weekend dance programming on Kiss and Radio 1, and on Radio 2. The record is climbing the charts and reacting very strongly to exposure - on current trajectory we would hope it can chart Top 20 and beyond, plus continue the excellent international story Wes has been developing.”

What are Wes Nelson's prospects as an album artist?

MR: “Wes has very strong prospects as an album artist. He has a massive audience on social media, he’s a TV personality whose star is on the rise with some huge moments to come this year. He’s connecting every single he releases, both domestically and internationally. He’s being offered multiple collaborations from various genres, which is hugely growing his audience. And in the live space, we are seeing very encouraging signs indeed. If we keep this momentum up, we are expecting a very strong album result next year.”