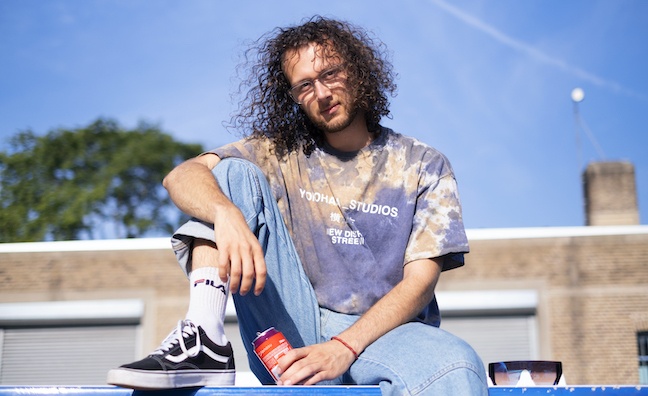 German DJ and producer Jonasu is enjoying a chart run with his Black Magic single, which featured on the opening episode of the latest series of Love Island.

First released in December 2020, Black Magic is currently at No.4 and is chasing a sixth week in the Top 10, where Midweek sales have it narrowly ahead of Ed Sheeran’s new track Visiting Hours. With a peak position of No.3 and 12 weeks on the chart, the track has sales to date of 337,033.

The single is currently at No.9 on the Radiomonitor radio airplay chart and No.3 on the TV airplay chart, after it ceded the top spot to Becky Hill and David Guetta. Black Magic has also been a trending track on TikTok, as well as being playlisted at Capital and BBC Radio 1.

3 Beat, which has a distribution deal with Universal Music, has had success with Sigma, Skepta, Tom Gregory and M-22.

How did 3 Beat discover this track and secure a deal?

“We have an incredibly tight relationship with his manager, we knew he was a hugely gifted writer and producer having accumulated over a billion streams by working his magic on hits for others. We were wise enough (or lucky enough) to persuade them to send us some of his new songs, Black Magic being amongst them. And they were clear with us that their main objective was to launch his artist ident and not place the songs with others. It was one of the easiest decisions we’ve ever made.”

What's been driving its success in terms of radio, streaming and TikTok?

“All of those things. We took our time with the single, knowing that if you are going to have a hit record you absolutely need to be strong in a number of spaces. Early support and meaningful support came across the board, modest at first, but it grew across the board. That’s as perfect as you can hope for.”

Is there a particular remix that is dominating the listening?

“No. Remixes always play a part but with this they’re very much the support role. The main and original version is impossible to beat.”

How significant was the Love Island placement?

“Hugely significant. It was the opening song of the first episode and I think the sync ran for over a minute. It packed an even bigger punch because of that. We should never overlook the ways you reach new audiences. Not everyone finds their music via an audio only experience. Love Island is so important as it creates atmosphere and emotion too. We were already cruising nicely before the sync but it definitely powered it into a much bigger place.”

How can you maintain momentum? And do you have plans for Jonasu?

“We will always find new places for Black Magic. So the work will never stop on it. It’s a proper hit, so it will be enjoyed for years to come. We need to be across that. Jonasu is unbelievably prolific and unbelievably talented. The hard drive is full of his new songs, hit songs too. He will become a touring entity and the campaign will eventually widen to be about his current hit, his future hits and the experience he and we will wrap around it.”