'It's a prime example of how you break an artist in the streaming age': 3 Beat on the rise of M-22 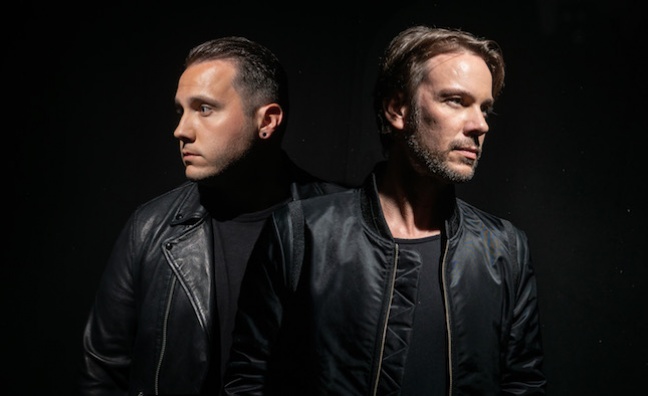 If you’ve been paying attention to the Singles Chart in recent months, one name might have caught your eye: M-22. The 3 Beat dance duo’s single First Time (Ft. Medina) first made the Top 100 back in March, went on to spend 12 weeks in the Top 40 and finally cracked the Top 20 last Friday (July 27). The track has sales to date of 318,321, according to the Official Charts Company.

Has the track got plenty of life left in it?

It’s currently approaching 40 million streams worldwide. It’ll be double that figure by the end of 2018. It’s going to do its next 40 million a lot, lot quicker than it did its first. Their follow-up single How Does It Feel is out on August 17 and, as well as us expecting it to be another success, it’ll shine further light on First Time.

Is this the modern way to break a track?

It's a prime example of how you break a new and relatively unknown artist in the streaming age. To get full media and market penetration can only happen slowly. We are now in an industry that has no borders, so we find ourselves competing with every major artist around the world. The DSPs and radio have genre-supporting playlists (or shows) but we have to build up a solid and compelling story for them to give us mainstream support. That’s the ultimate test.

Does it help to have a more consistent streaming performer than the chart spikes and slumps of old?

Yes. First Time's current peak position on the OCC is 20. It’ll do more streams and create more revenue than records we’ve charted in the Top 5. Last week was week 33 since release, and it posted its biggest week to date. Its tail is going to be mightily long.

How did you drive the campaign to maintain those levels of consumption?

We set about to generate weekly growth. We weren’t so much focussed on our combined weekly totals but more so on whether we were growing week on week. We wanted that growth to be manageable, so we could achieve it continuously. Our marketing, promo campaign and timings reflected that.

Does an act like this need to release an album?

We have ambitions for an M-22 LP. It’ll land in 2019. We are finely tuned about when to drop it. It will take five or more consecutive hits to be able to persuade retail of the genuine value and potential of it. They’ve already got some phenomenal records stacked up and we still think the best from them is yet to come. They’re full of confidence and rightly so. The LP gives them the chance of releasing 14-16 tracks in one go, touring, selling tickets, playing festivals etc. They’re good enough to do all of that.

What have you learned from this campaign?

We know you can’t automatically transfer the same campaign onto another release or artist but the framework is there. Patience, more patience and even more patience. That’s our message to all our artists. If you push too quickly, media and the public might not be ready for you. If you’ve got a genuine hit, why not take your time? We were blessed that M-22 and their management trusted our approach. But, more than anything, they trusted their own record.