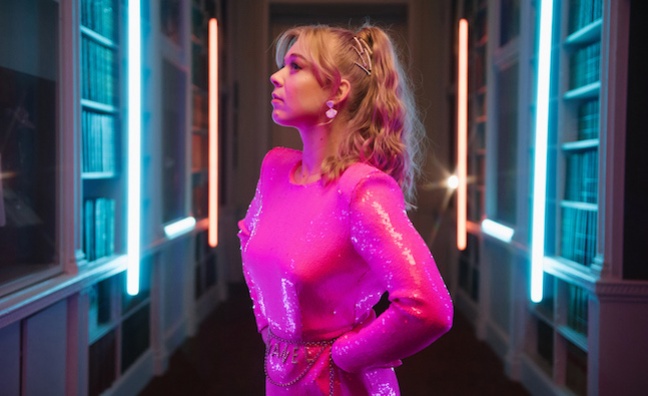 Becky Hill has completed the rare feat of making her own debut album after releasing a Best Of collection.

One of the most successful UK songwriters of the last decade, Hill's long-awaited first solo LP Only Honest On The Weekend drops via Polydor on August 27 - two years on from her gold-selling 2019 'Greatest Hits' Get To Know (228,257 sales, OCC).

The 27-year-old, who has already written and performed on nine platinum records, notched up over two billion streams on Spotify and has 18 million monthly listeners on the platform, told Music Week it finally felt like the right moment to unleash her full-length studio debut.

“I wanted to have an album that didn’t have any shit songs on it," she said, speaking in the latest issue of MW. "I wanted to make sure that every single song was good enough to be released in its own right. This album is a flag in the ground. If I ever did anything in my life, I can say that I released an album, which is all I’ve ever wanted to do.

“This is the moment where I feel like, ‘Actually, this shit is really finally starting to work’. Which is just in time for my album.”

More recently, she’s racked up 444,919 sales of Heaven On My Mind, for which she drafted in previous collaborator Sigala, and 167,656 sales for this year’s Last Time solo single.

Polydor signed Hill to a worldwide album deal back in 2017.

“She’s one of the best songwriters we have, her track record is incredible,” said the label's co-president Tom March. “But maybe she didn’t quite have the success that her talent deserved on her own.

"We don’t want her to stop writing for other artists and singing on other people’s records, because she’s brilliant at it and it really helps build her audience. But it’s also important to make sure it was her name that came first, that media and fans really saw her talent for who she is. She’s the one that audiences are connecting with.”

Subscribers can read the full interview with Hill and her team here.