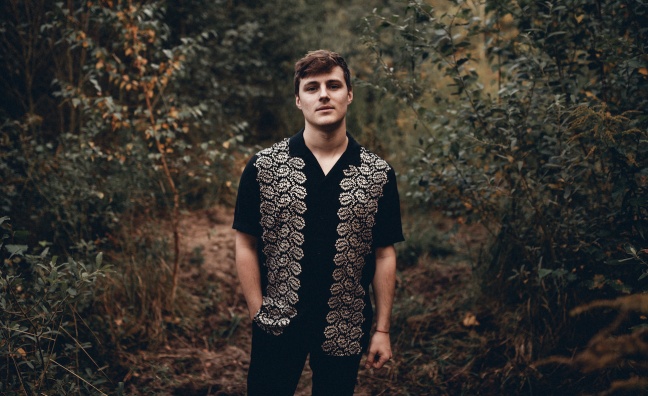 Tom Gregory has told Music Week that being signed internationally is opening up as a viable route into the music business for new UK acts.

We spoke to the Blackpool singer for our On The Radar column earlier this month, and he spoke of his long journey to his deal with 3 Beat.

After scant interest in the UK, Gregory and his manager identified the successes of Rag‘N’Bone Man and Lewis Capaldi and decided to try their luck in Germany, eventually landing a deal with Kontor Records. The singer has enjoyed success on the touring circuit in Germany across festivals, solo shows and support tours.

“If you use a football analogy, Germany and France are a lot better at developing young talent, they have a lot more patience than we do in this country, not just specifically the music industry, I think it’s a cultural thing,” he said.

“There’s a lot more patience and development, they’re not going to drop you if two records don’t work, I would be dropped if that was the case – my second and third ones just didn’t work as well, my fourth and fifth – the fifth being Fingertips – really worked.”

Gregory believes that more British acts will follow in his footsteps.

“Big UK managers are seeing that there might be room for their artists to go elsewhere. As historic and big as some of the labels are in the UK, I don’t know if they have the patience that some of the German ones do,” he said.

“That’s absolutely fine, we produce massive artists in this country, far bigger than most countries in the world apart from maybe America, so they’re obviously doing something right, but one thing the industry has to look at is developing young artists. It worked for Lewis Capaldi, and I’m hoping it’ll work for me.”

Gregory’s latest single Fingertips has 20,050,679 plays on Spotify and has been playlisted by BBC Radio 2. He has 4.5 million monthly listeners on Spotify.

“We’re starting to get a little bit of radio play. I come home and all my friends say it’s crazy that I’m in Germany playing to tens of thousands of people on a weekend and then come home to the outskirts of Blackpool and we’re having a pint in the pub,” he said.

“Rome wasn’t built in a day and I’m only five singles in and two of them didn’t connect. I’ve got to look at it from that kind of perspective, I’ve been doing this for a long time, but I’m really new to this industry, my debut hasn’t even come out yet. It’s a long process, but I’ve got a bit of time yet and I’m going to try and be as patient as I can.”

* To read our recent On The Radar interview with Tom Gregory, click here. To make sure you can access Music Week wherever you are, subscribe to our digital issue by clicking here.