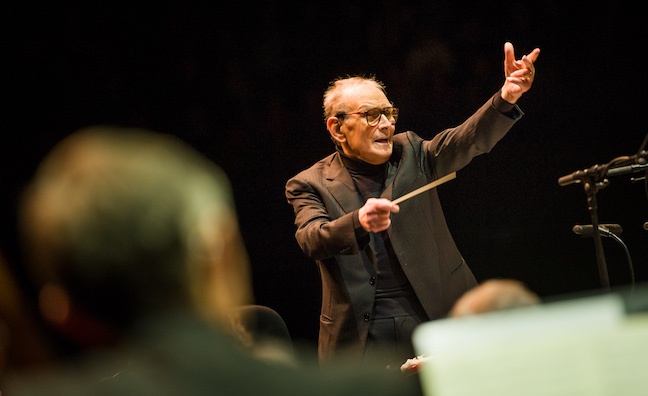 Morricone died in hospital in Rome following a fall, according to reports.

The Italian composer created the scores for Clint Eastwood’s “spaghetti” westerns in the 1960s.

Morricone scored more than 500 films, including Once Upon A Time In America, The Untouchables, The Mission and Cinema Paradiso.

He received an honorary Oscar in 2007 and won in 2016 for his score to Quentin Tarantino’s The Hateful Eight. He was also nominated for Days of Heaven, The Mission, The Untouchables, Bugsy and Malena.

Fellow composer Hans Zimmer told the BBC: “Ennio was an icon and icons just don’t go away – icons are there forever.”

In recent years, Morricone continued to conduct performances of his film scores, including a 2018 date at The O2.

Morricone signed to Decca in 2016, the year he marked his 60th anniversary as a composer and conductor.

"Decca Records are deeply saddened at the passing of world-renowned Italian composer Ennio Morricone, at the age of 91," said the label in a statement.