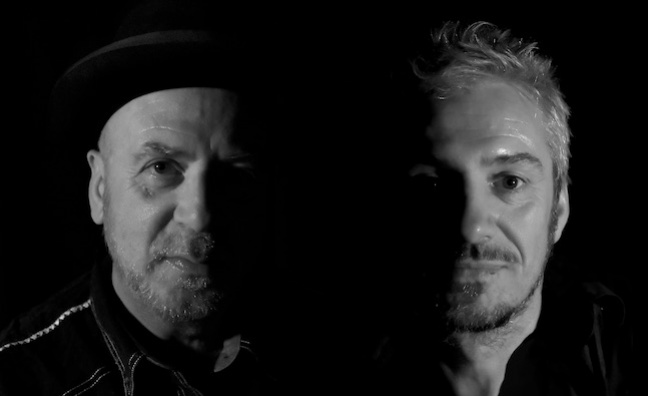 The duo comprised of Simon Raymonde (Cocteau Twins, founder of Bella Union) and Richie Thomas (Dif Juz, The Jesus and Mary Chain) will now exclusively be under an agreement that sees Faber Music publish them worldwide.

First collaborating in the 1980s when their bands were both signed to 4AD, the pair later joined again for Lost Horizons to release their debut album Ojalá on Bella Union in 2017. Artists featuring on the record included Tim Smith, Cameron Neal, Marissa Nadler and Leila Moss.

This agreement will cover their next record set for release early next year, with a similar album format featuring a number of artists such as Jack and Lily Wolter.

“Simon Raymonde has been hugely supportive of Faber Alt. right from the start and so to be able to represent him and Richie through their Lost Horizons work, is an absolute privilege," said head of pop publishing/A&R, Lucy Holliday.

"We cannot wait for people to hear the songs from the new album, everything we’ve heard so far sounds amazing and it’s packed with so many fantastic guest vocalists. It’s a bit of a dream come true to now represent Simon on the Faber Alt. roster, he’s a fantastic musician, a great collaborator, he’s certainly been a great inspiration to me on so many levels and we all feel very lucky to have both him and Richie on board.”

Raymonde added: “Since working with the Faber Alt team over the last 2 years with Penelope Isles, I have seen at close hand how they mirror my own attitudes to running a music company, working with a disparate array of artists yet always with a core family feel to it all. They care about the music of course, and they represent it with passion and intelligence, that all goes without saying but they also care deeply about the people they work with.

"It may seem naive to think that you can be friends with your label or your publisher or that it's even important but it is for me and we have been doing exactly that for 23 years and Faber exude the same kind of ethos that I find irresistible. For what I am doing and for what I want to be doing over the next two decades, I am in the perfect place at Faber.”