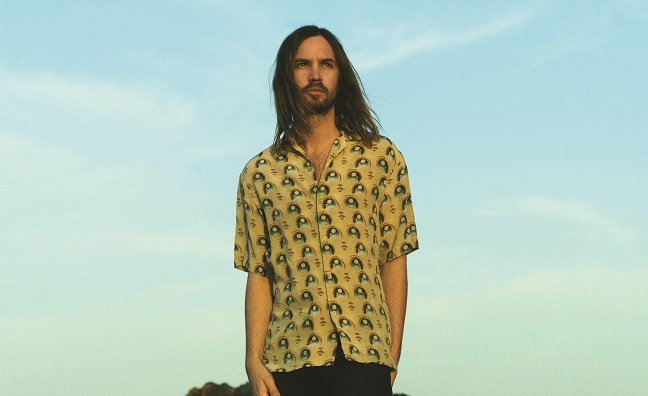 Fiction Records MD Jim Chancellor has told Music Week how the label turned the delay on Tame Impala’s comeback to its advantage.

The Australian psych-rock band, led by Kevin Parker, played The O2, the Empress Ballroom in Blackpool and Glastonbury in 2019 as part of a planned campaign for fourth LP The Slow Rush.

In the event, though, the record was pushed back to 2020. It was released last week and is battling with Justin Bieber’s Changes for No.1 today.

“The touring happened to take place last year, but it didn’t seem to matter because [Parker] was very good at dropping tracks all the way through 2019 and is continuing to do so,” said Chancellor. “So it actually feels like, potentially, this could have accidentally been a brilliant way to put a record out.”

The follow-up to 2015’s Currents is hotly anticipated globally. The LP’s success secured a BRIT for Parker, the multi-instrumentalist and producer behind the band.

Currents peaked at No.3 in the UK and has sales of 180,183, according to the Official Charts Company.

“Currents was such an enormous success for us,” said Chancellor. “And [The Slow Rush] will hopefully be one of the biggest records I’ll ever have been involved with. It feels enormous in America, Australia is just massive. The record’s brilliant and the streaming numbers are just insane.”

The influence of electronic music on the band’s sound has helped Tame Impala rack up 12,851,781 monthly listeners on Spotify.

“They are a little bit of an anomaly in the world of bands, because streaming is ridiculously good for them,” said Chancellor. “He’s a very clever man when it comes to embracing different genres and bringing them into his own world. They’re the right band with the right songs at the right time.”

D2C physical sales are a key element of the campaign, with multiple vinyl, CD and cassette bundles on offer.

Even if Bieber does triumph, Chancellor said he’s not concerned about the competition.

“This is a long-term artist, each record has taken its moment and it’s grown gradually,” he said.

While Tame Impala played their UK and Irish dates last year, they will return for a festival exclusive as headliner of AEG Presents’ All Points East on May 23.

“They are next level in the live world now,” said Chancellor. “He is blowing minds all around the world. So to have them here on that particular stage in the middle of the year will be perfect for us.”

Chancellor predicted the campaign will run into 2021 and beyond.

“We had this very long streaming-oriented build up with tracks being dropped,” he said. “The success will hopefully [continue] when they come back next year, or even the year after, and do something exceptional like maybe headline Glastonbury – that would be my dream come true.”