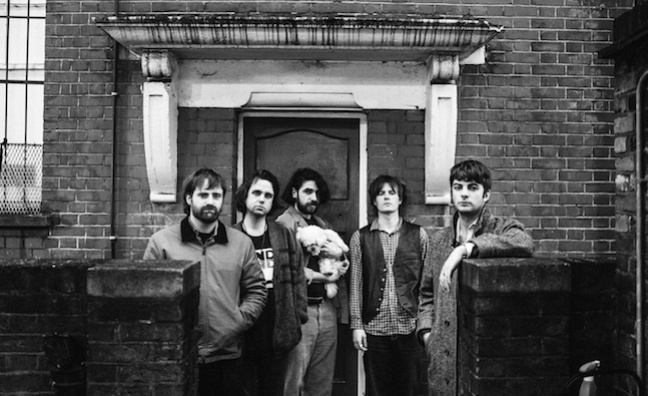 Despite a strong lead for Fontaines DC earlier in the week, Taylor Swift emerged triumphant in the battle for No.1.

Swift secured a second week at the summit with 22,550 sales after EMI moved the CD release of Folklore forward by three days. Pre-orders of the CD helped Swift cross the line, with 8,830 physical copies shipped this week along with 12,027 sales-equivalent streams (plus 1,693 downloads).

Fontaines DC also benefited from strong pre-orders and finished at No.2 with 19,040 sales (including an impressive 15,713 physical copies, plus 1,600 streaming ‘sales’ and 1,727 downloads). The Irish band had the week’s biggest physical sales, which means they top this week’s vinyl chart and Record Store albums chart. Over 60% of the album’s vinyl tally was purchased from independent record shops.

The result gives Partisan a No.4 position (8.55%) in this week's corporate group market shares for Top 75 Artist Albums. Here, Jeff Bell, Partisan Records’ general manager, international, opens up about the band’s chart success in the UK and beyond…

How do you feel about the result – and is it Partisan's highest charting release in UK?

“It is, yes, and a fantastic outcome for a young band from Dublin to be having such a cultural impact so early in their career. Everyone on the team (Wildlife Entertainment, PIAS, Prescription PR, Ghost, Metropolis, among many others) have done an incredible job, and to deliver this kind of first week from their respective kitchen tables in the middle of a global pandemic is a wonderful achievement.”

Fontaines were looking solid for No1 until EMI brought Swift's CD release forward, how did you feel about the twists and turns of the chart race?

“Ultimately it's just a testament to Fontaines DC as a band, the record they made, and the trajectory they are on. Admittedly, it would have been a nice breath of fresh air into an industry that, like most others, could use a ‘good news’ story in 2020, but that's the business we're in.”

How has the album done globally in week one?

“Results are still coming in, but the midweeks across the EU have been skirting a top 10 in most major markets.”

What does this start mean for the rest of the campaign, how can you build on the momentum?

“I think it's fair to say that not many people know what the next six to 12 months hold, but we now have an ideal platform to continue to grow the band's audience from. The plan from here is to sustain that growth via a continued stream of creative assets and traditional promo to keep reaching new fans, until they can start experiencing the record live, which of course we (as an industry) are all hoping will not be too far away...”

See the new edition of Music Week for an interview with Fontaines DC.

* To make sure you can access Music Week wherever you are, subscribe to our digital issue by clicking here