'We want to be the best': Team Partisan on the label's hot streak 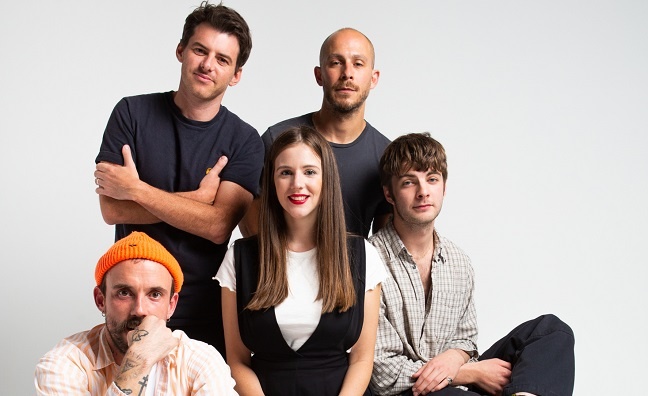 Partisan Records president and co-founder Tim Putnam has told Music Week that his label’s hot streak is down to a “less is more mentality”.

Both bands are shortlisted for the Mercury Prize 2019, while Partisan scooped the Best Independent Label trophy at the AIM Awards earlier this month. Idles bagged two awards at the same event.

“We’ve adjusted to thinking globally and that has allowed us to work with bands from Ireland, the UK, the US... It doesn’t matter,” said Putnam.

Mapping out Partisan’s worldwide approach he added: “It’s about trying to find where in the world we’re able to have success, building off that and then moving that success into the markets and territories we want to, even if those markets aren’t initially receptive.

“A lot of labels put out a release, it connects or it doesn’t and then it’s onto the next. We’re trying to take the less is more mentality, where if we know that something can connect, we keep working until we find a place where it does, then we can build from there.”

Partisan engineered a Top 5 finish for Idles’ Joy As An Act Of Resistance (52,526 sales, according to the Official Charts Company), while Fontaines DC’s Dogrel (21,730 sales) debuted and peaked at No.9.

“It’s not that we weren’t doing a good quality of work before, it’s just that, within the industry at least, there is a trust there,” White told Music Week.

“People are like, ‘They got it right once, let’s see if they get it right twice, I’ll back them again. Oh, they got it right thrice, this is something I’m going to support.’ And that has been helpful. In getting people to care, the first port of call is getting the industry to care.”

White pointed out that Partisan are following their own path when it comes to global reach.

“Other music companies can look at newer developing markets and not see the money there yet, they know it’s coming but they’re holding off,” she said. “We’re not looking at the money, we’re asking, ‘Are there potential fans there and can we reach them?’”

In getting people to care, the first port of call is getting the industry to care

Bell, who’s based at the label’s London office, said that Partisan’s success points to what’s possible for the independent sector.

“When the Idles and Fontaines DC records came out and tucked in at the higher end of the charts, it’s not like other indie labels were patting us on the back, it was more people saying, ‘Thank you, this is possible’,” said Bell.

“The conversation is starting to change. It shows there’s a wider thing happening and that was encouraging for other people in the indie community.”

The label is looking forward to seven album releases in 2020, while returning streaming sensations Cigarettes After Sex release new album Cry next month.

“What we’ve been doing is finding ways around the industry to get Idles a Top 5 record, to get Fontaines DC on BBC Radio 1,” said White. “We’ve been figuring out how to build the audience so big that it’s undeniable.”

Putman, who co-founded the label in 2007 to release an album by his then-band The Standard, said: “I’m extremely proud of our artists and employees, everyone has a common sense of purpose. I have no intention of being the biggest label in the world, I simply want to be the best.”