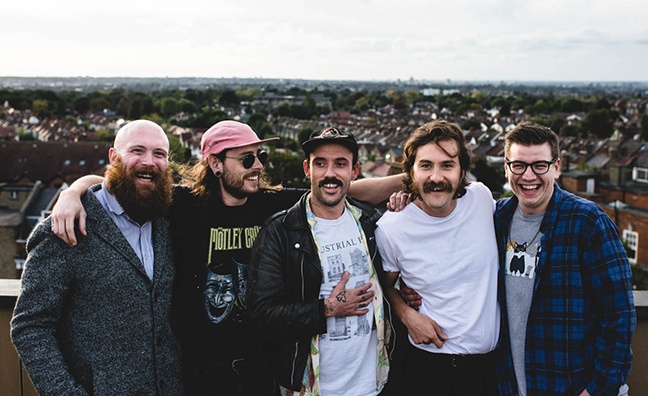 The Bristol band, signed to Partisan Records, triumphed in the UK Independent Breakthrough and Best (Difficult) Second Album categories at last night’s show, which took place at London’s Roundhouse for the first time.

The recognition comes as the latest accolade for Joy As An Act Of Resistance, which reached No.5 upon release last August and has sold 52,049 copies to date, according to the Official Charts Company.

The album forms part of the Mercury Prize shortlist for 2019 – alongside Dogrel by their Partisan labelmates Fontaines DC – while Idles were nominated in the British Breakthrough Act category at the BRITs.

“People can think, ‘Oh, they wrote about Brexit and how the world was,’ but the album was recorded a year before it came out, it’s just the way things happened,” said Bent. “I thought that by the time the album was out that it would all be old news, Brexit and what’s happening in politics, but it’s still going on. It’s crazy. It’s a mess. The album is more relevant than ever.”

Bent said Idles’ team, which also includes Coda agent Natasha Bent, is hoping to reap the benefits of the recognition. “I hope there will be a lot of people who will discover not only the music, but also the message within it,” said the manager.

I hope a lot of people will discover not only the music, but the message within

Looking ahead to the Mercury Prize ceremony later this month, Bent said: “Awards aren’t really anything we think about or find important in any way. But for the band and myself, the Mercury was really the one we really wanted to be included in at some point. You discover so many bands through this list, because it’s so broad you get to discover things you’ve probably never listened to before, that’s why it’s important to be included.”

With a December UK tour – and a date at London’s Alexandra Palace – on the horizon, things are showing no sign of slowing down for Idles.

“It just pushes things forward, it pushes the band in front of people who will not have heard them before,” said Bent. The beauty with streaming is that it’s so much more accessible for people, they can just go on their computers, type it in and hear the album.”

Bent applauded the albums shortlisted alongside Idles’. “It’s such an amazing list. It’s about discovering artists and giving them a platform they wouldn’t normally have, and a lot of that got lost a bit through the last few years. That’s what’s important, helping acts like this. This is the opportunity. For us, winning it is not a big thing, it’s all about being part of the conversation.”