Gary Barlow on his solo career, past and present 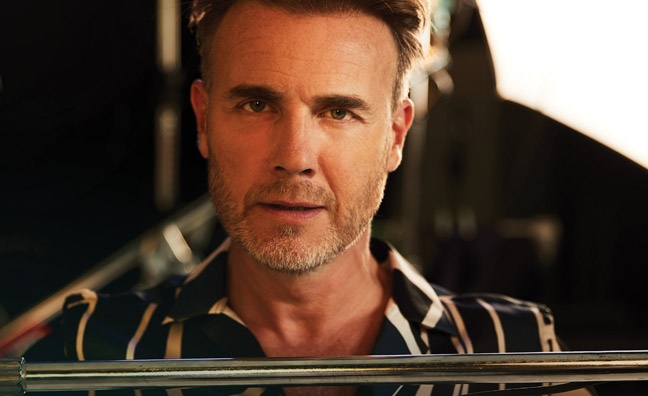 Gary Barlow has reflected on his mixed fortunes as a solo artist in a new interview with Music Week.

Hopes are high for the Take That songwriter and current Music Week cover star's fourth solo album Music Played By Humans, which was recorded with an 80-piece orchestra and comes out via Polydor on November 27.

“I really think this is the first solo album I’ve made that’s not been under duress, actually,” laughed Barlow, speaking in this week's cover story. "It was a doorway to making an album full of musicians. I wanted this album to be absolutely packed with players. Then, weirdly, all this has happened where we’re not allowed to be near anyone anymore and it’s been so strange. I listen to it and just think, ‘Thank God I did it before all this started.'"

Barlow first went it alone after Take That split in 1996. But the performance of his chart-topping 1997 LP Open Road fell below expectations - selling 297,424 units to date, according to the Official Charts Company - particularly when compared with then rival Robbie Williams, whose own solo debut Life Thru A Lens moved 2,105,561 copies.

Since I Saw You Last was a lot of fun, but it was almost like an exorcism rather than a release of a record

Open Road's 1999 follow-up Twelve Months, Eleven Days (33,120 sales) limped in at No.35 in the UK, leading to Barlow being dropped by BMG and spending half a decade out of the spotlight prior to Take That's enormously successful 2005 reunion.

“When I think back to [Open Road], I was leaving the band and everyone was like, ‘You’ve got to be the next George Michael’ so I was like, ‘Oh, shit’ and that was a panic," Barlow told Music Week. "Then the second album was a complete disaster because I partnered with Clive Davis, who loved everything about me except my songwriting, so that was quite a big problem."

“The third one was great, but I was doing it to almost exorcise the other two from my system because it was such a damaging experience, especially that second one," said Barlow. "It took me years to get my confidence back after that.

"So when I did Since I Saw You Last it was a lot of fun, but it was almost like an exorcism rather than a release of a record. This is the first one where I’ve gone, ‘I feel like I can do whatever I want here.'"

*The issue is available now. To order your print copy of this issue, email musicweek@abacusemedia.com. To subscribe to Music Week and never miss a vital music biz story, click here.