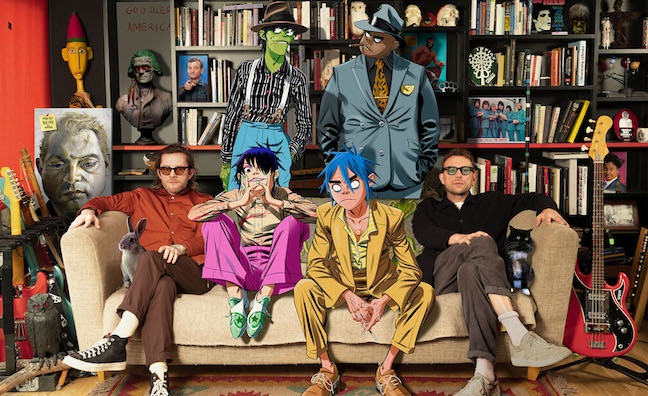 Gorillaz are marking the 20th anniversary of their self-titled debut album.

The debut album peaked at No.3 and is now certified triple platinum with sales of 974,311, according to the Official Charts Company.

The virtual band’s biggest album is 2005’s Demon Days on 1,894,803 sales. Across the seven studio LPs, collections compilations and other album-length projects, Gorillaz have accumulated 3,872,838 UK sales in 20 years. Last year’s Song Machine Season One – Strange Timez peaked at No.2.

In celebration of two decades of Gorillaz, 2021 will see the arrival of an all-new G Foot Collection. The band’s clothing line is being relaunched to celebrate 20 years of Gorillaz.

The band will also be partnering with leading transmedia art and luxury collectables brand Superplastic, for the release of limited-edition vinyl toys and NFT digital art collectibles featuring 2D, Murdoc, Noodle and Russel throughout 2021.

Later this year, they will release the first in a series of album reissues, beginning with Gorillaz.