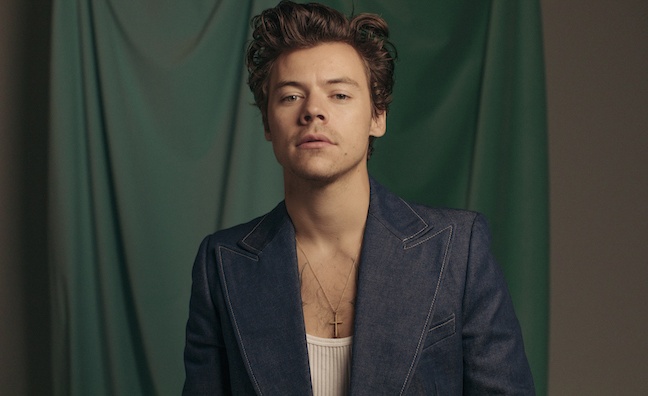 Harry Styles is tipped to be coming back with new music soon.

The buzz about the follow-up to Fine Line (Columbia) has had a positive impact on Harry Styles' first two albums, which are edging closer to a million combined sales in the UK.

A tour announcement including huge stadium shows suggests that new music is coming from Harry Styles. Mike McCormack, UK MD of Styles’ publisher UMPG, gave Music Week a progress report recently. And a tabloid report said that a new Harry Styles video is being shot in London by Bradley & Pablo, who directed the Watermelon Sugar promo.

The superstar’s first two albums are the beneficiaries of the excitement surrounding his return. Harry Styles 28th birthday (February 1) was also a catalyst for fans to stream his music, while the popularity of seven-year-old Ronin Davies’ Watermelon Sugar routine on TikTok was a further boost.