'He has changed the way that the nation listens to music': Hugh Padgham to be honoured by Music Producers Guild 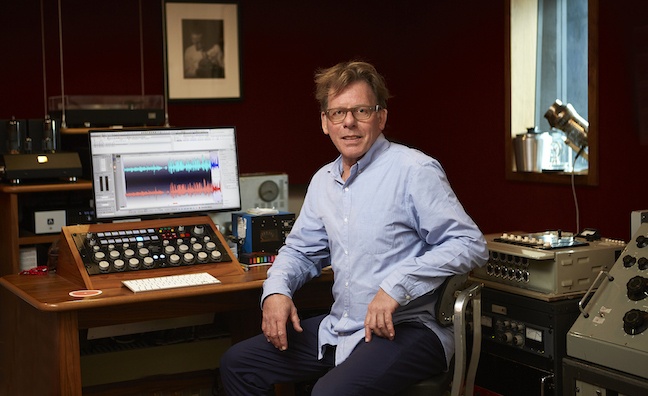 Hugh Padgham is to receive the PPL Presents The MPG Award Outstanding Contribution To UK Music at the 2019 Music Producers Guild Awards.

Having begun his career as a tape operator at Admission Studios in the late 1970s, Padgham went on to work with acts including Sting, Phil Collins, XTC, David Bowie, The Human League and more.

Recently the producer has run his own studio and production business Sofa Sound and has lectured at Boston's Berklee School Of Music And LIPA.

“During the course of his stellar career in music production, Hugh has proved himself a very worthy recipient of the Music Producers Guild Award for Outstanding Contribution To UK Music. His work with such a wide selection of internationally respected artists shows his versatility as a producer," said MPG executive director Mick Glossop.

"He has an incredible ability to interpret an artist’s vision and help them create records that are successful on both a creative and commercial level. He is also an exceptionally talented engineer and has pioneered a number of techniques such as the gated room drum sound that many others have adopted for their own projects.”

Welcoming the award, PPL CEO Peter Leathem added his praise, declaring: “Hugh has changed the way that the nation listens to music through his pioneering work with Peter Gabriel, Phil Collins and countless other artists - from Kate Bush to McFly."

Padgham will receive his award at next year's ceremony on February 28, which will be presented by BBC Radio 6 Music's Shaun Keaveny.