'He'll be one of the UK's main rappers': Inside Headie One's rapid rise 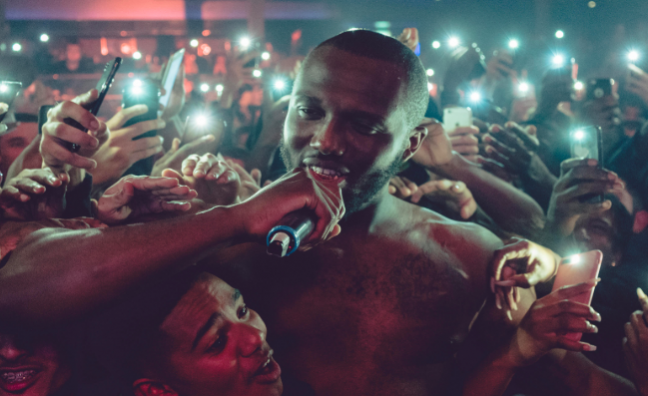 Relentless Records A&R Rob Ukaegbu has told Music Week that Headie One is on course to be “up there with Stormzy and Skepta” in the UK rap scene.

Ukaegbu was speaking to Music Week as part of a special report on drill music, which featured in our end of year double issue in December.

This week, Headie One is on course to hit the Top 10 with 18Hunna, a new collaboration with Dave. Currently at No.7 with 7,776 sales it could become the first Top 10 single to spring from the scene. Digdat’s Air Force hit the Top 20 last year.

“In the next year, Headie won’t just be seen as a drill rapper, but one of the main rappers in this country, up there with Stormzy and Skepta,” said Ukaegbu. “He had a great 2018, not too long ago he was in prison, dreaming of becoming a rapper.”

Ukaegbu signed Headie One to Relentless early last year, and a steady stream of releases has followed. Meanwhile, drill music has been the subject of consistent coverage in the mainstream media associating it with violent crime.

In April, The Sunday Times published an article with the headline “Drill, the ‘demonic’ music linked to rise in youth murders”. BBC Radio 1Xtra published a blog outlining its editorial policy surrounding the genre in August.

Ukaegbu told Music Week: “This conversation goes through cycles, the punk era, the grime era and now drill. Whatever reflects modern culture and young people and the streets always gets the light shone on it. From a label point of view, we’re looking at the talent, not the controversy.”

Headie One appeared on Sky News in the wake of then-Home Secretary Amber Rudd’s comments encouraging the music business to have more “positive influence” over references to violence in music.

Ukaegbu said Headie One has “seems to have unfairly caught the most flak, that’s probably because he’s the biggest name,”

Headie One said the controversy surrounding the genre could be unfair. “It’s almost like a panic, they panicked and put it all on drill.”

He described it as “rebellious, audacious, with a different energy to Afro-swing, grime and traditional UK rap. There are no barriers to entry financially or culturally.”

Commenting on the social and cultural environment drill exists in in the UK, Semtex added: “We have a generation of kids in inner cities that are apathetic, feel left behind and feel they have to walk the streets with a weapon to protect their lives in 2018. When will this be addressed and by who?

From a label point of view, we’re looking at the talent, not the controversy

“It’s very easy to blame crime on music or any youth sub-culture, when the reality is that most kids turn to music to express themselves, or turn their lives around. It is the way out from the streets for most kids. We now have a self-sustained UK rap industry that constantly births new artists, managers, creatives, and executives.”

“When you strip back the scepticism around drill music, there are some real talents emerging,” he said. “I’m expecting the first Top 10 drill album and more females emerging from drill.”

Headie One said: “Drill can definitely carry on. People are always gonna try and hold things back, but some things just can’t be stopped.”